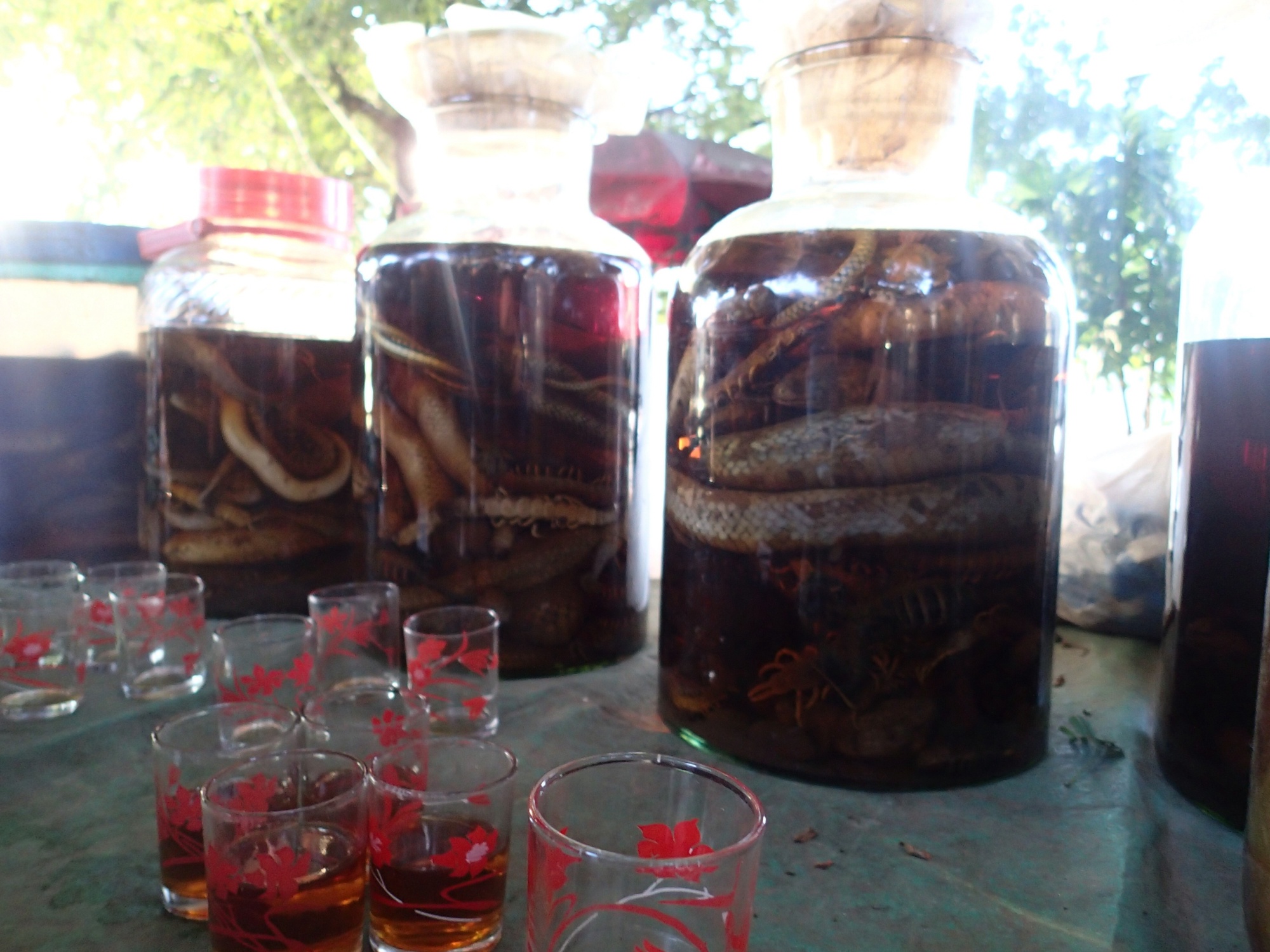 I had always known Laos to be a country of lax drug laws. However, what surprised me most were the exotic drinks available for tourists at every street corner. Do they think we’re stupid?

Walking around Luang Prabang was often like a Potions class at Hogwarts. All kinds of anthromorphic concoctions designed to…well, designed to do what? Presumably to get the tourists drunk. Or to get them ill. Unsurprisingly, I stuck to my Beer Lao. There was no way I was going to try Bear Paw Whiskey, for example. Not in a million years! Who even dreams up these kinds of flavours?! And I thought Habushu in Japan was bad…

In all seriousness, the rice whiskey business is huge in Laos. A local whiskey brand known as Lao-Lao often has an alcohol volume of over 55% and is a very popular beverage for Laotians, almost as popular as the much-safer option of Beer Lao. At first, the rice is fermented over a period of days in the warm tropical climate, and then boiled in a condenser of some kind to rid it of its impurities. The resultant Lao-Lao can be drank neat but is often left in bottles to mix in with insects or reptiles such as scorpions or frogs to add a particular distinctive flavour. Japan also uses a similar kind of method to create its famous sake rice wine, but here in Laos the alcohol content is abnormally high due to improper and lax governmental regulations.

In the notorious backpacker haunts of Laos, such as at Vang Vieng, there are real dangers in drinking Lao-Lao, as the young backpackers there do often not know of the harm the drink can do to them. I found an article from 2012 which details the affects of this potentially potent Lao drink from the Sydney Morning Herald. I saw no foul play while I was in Luang Prabang, but the way the locals here were trying to sell it was pushy to say the least. When in local custom it is consider somewhat rude to refuse when offered a shot of Lao-Lao, it is not surprising that many young backpackers give in to the temptation. After all, who hasn’t smoked a cigarette at some stage of their youth? 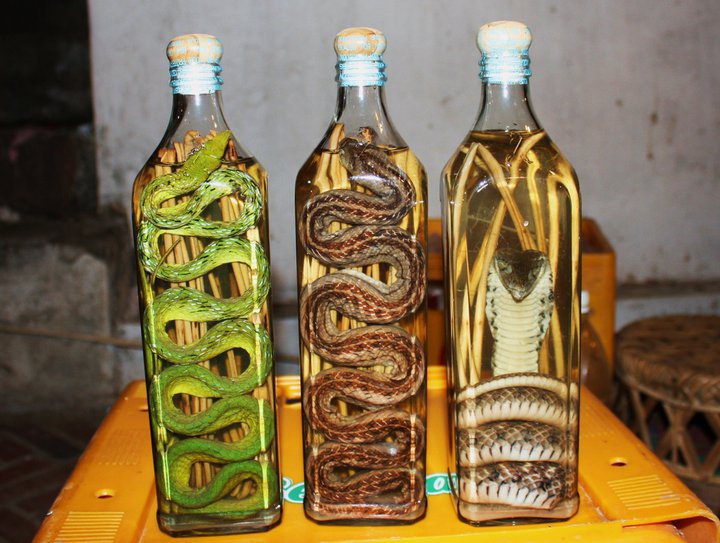 I hope when you visit Laos you can consider the dangers of drinking Lao-Lao. Although the locals will swear by it, and probably tell you everything is ok, you need to consider what you would feel like after a couple of 50% alcohol shots back home, and whether you would be able to go tubing in the deep rivers afterwards.

17 thoughts on “Beer Lao…or something a little stronger?”