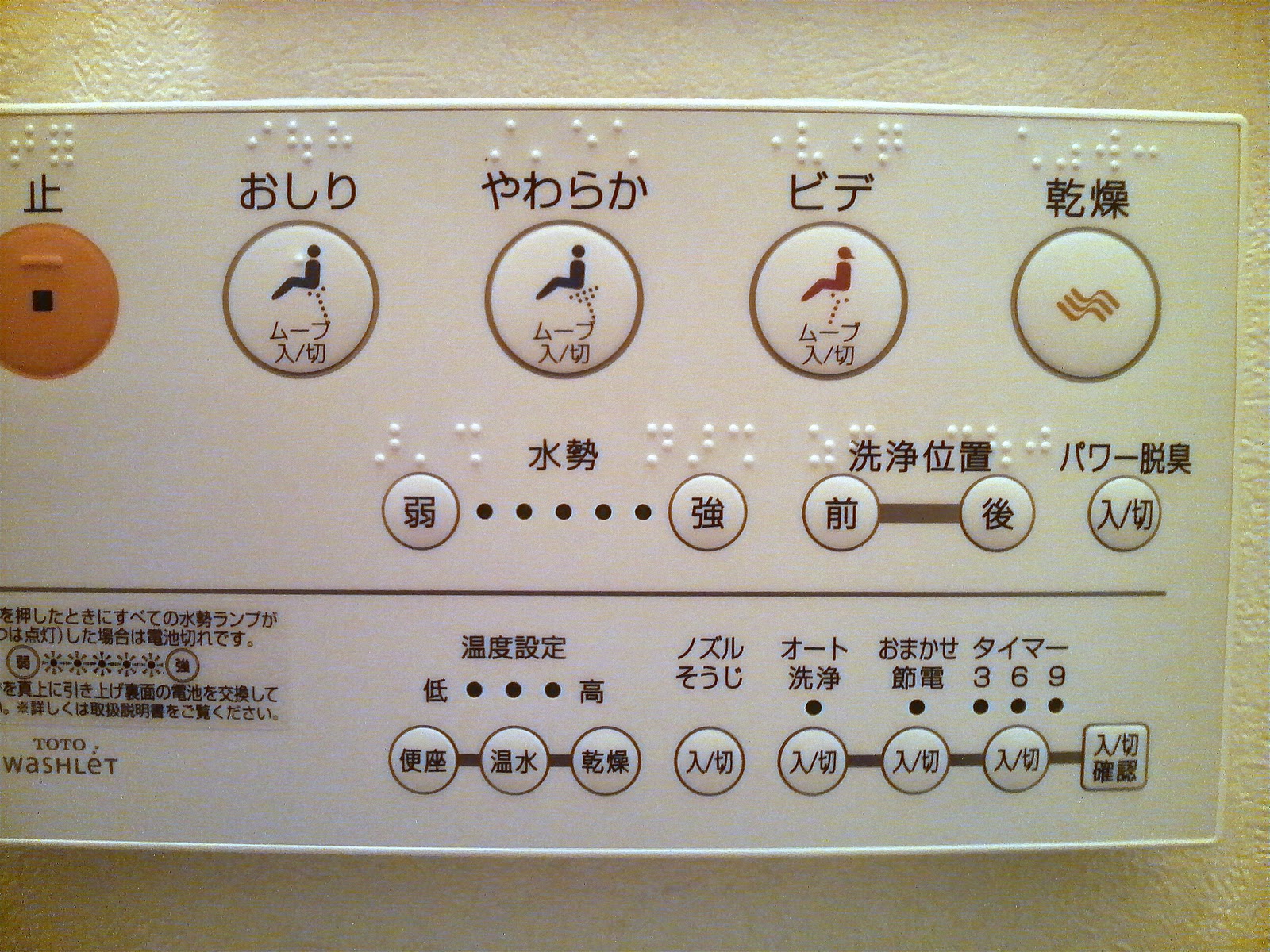 The infamously high-tech Japanese toilet. Does anybody actually know how to use these things?

My first encounters with these toilets weren’t much to speak of, except for the fact that I sometimes spent far too long trying to figure out how to flush, as I assumed if there was a panel with that many buttons, one of them must be the flush button. After desperately pressing them all and being surprised or nearly squirted, I later saw, embarrassed, a normal-looking handle on the back of the toilet itself, just like what I am used to back home in the UK. I found out later that some panels (the square ones, usually) have flush buttons, but more often than not there’s a handle or an automatic flush sensor.

Sometimes the toilet controls will be labelled in English along with the Japanese, but many of them don’t. And the control panels appear in different forms as well, so the functions and icons can vary per model. The basic functions you should be aware of, though, are the bidet and “oshiri” functions (“oshiri” meaning a wash for your behind).

These new-fangled wash functions found on the Japanese toilets can replace toilet paper, although in restrooms with these toilets, toilet paper is provided. Some public toilets, such as at certain parks or outside of the ticket gate at a train station, don’t have toilet paper, so you should always carry some tissue with you!

One of the first things you must remember when using these Japanese toilets is to never press anything before you are actually sitting on the seat! The buttons are only there to be pressed once you are ‘in the process’ of going to the toilet or have already been! The one difference may be with the heated toilet seat button. I guess it gets very chilly in Japan during the winter and it’s always nice to have a warm toilet seat for your bum, right? But apart from that button, just leave the rest alone for now!

Right, once you’ve done your business (sorry to sound crass, but this is a blog post about toilets, after all!), it’s now time to start looking at these buttons. On more than one occasion, I had the bidet start working automatically before I had the chance to press anything, and I ended up getting a wet backside. It made me jump forward a little. But after my first time, I can now predict what will happen (although strangely this doesn’t happen on all Japanese toilets; it depends on the manufacturer). If you want a squirt of water on your backside then go to the ‘hip wash’ or bidet buttons, press one of these buttons ONCE, then press the Stop button when you’re done. Then if you so desire some warm air to dry your backside after its aqueous adventure, then press that button ONCE, and then the Stop button when done. The warm air is just a practical way of getting around the OMFGG there’s no toilet paper here moment that we’ve all had at least once in our lives (right? RIGHT?). You can always adjust the water pressure if need be, by using the sliding scale on the controls, so it’s not like you’re going to drown or anything!

I would be interested to hear any good explanations from Japanese people who are used to these new-fangled systems!