They say Ximending is the “Harajuku of Taipei”. I can see the similarities with Tokyo’s youth culture – and not always in legal ways! 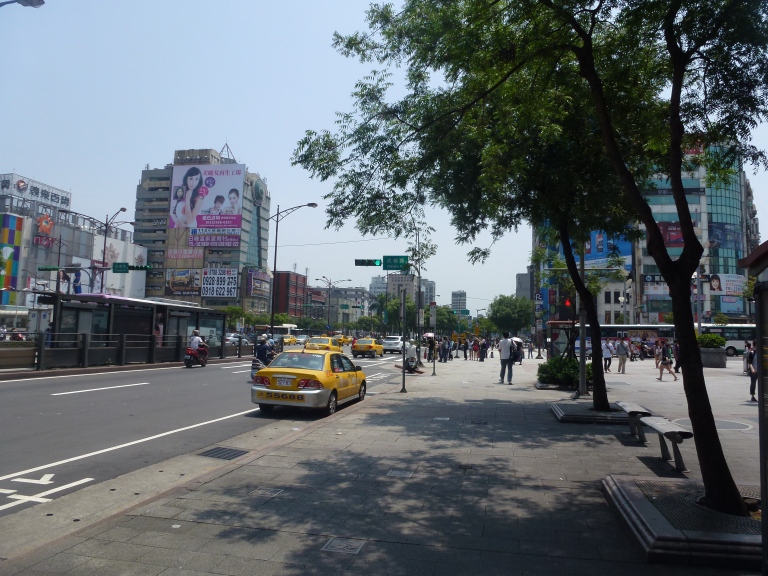 My hostel was in the Da’an district of Taipei and as such I required a little Metro ride to Ximending in the Wanhua area. Luckily, Ximending has it own Metro station (Ximen Station, on the Banqiao Line and the Xiaonanmen Line) so you are never too far away from the action. It also means that after perhaps a heavy night, you will not have to worry about hailing a taxi to take you back to your hostel. This is a particularly good thing, as Ximending is known for all forms of entertainment, including a great night market and a raucous drinking scene!

I had always been looking forward to coming to Ximending. I like to experience the big entertainment districts of a city, especially those involving youth culture as I can relate and join in! In this regard, I really loved Shibuya and Harajuku in Tokyo, Bukit Bintang in Kuala Lumpur, and certainly Hongdae and Myeongdong in Seoul. In fact, it was Myeongdong that had the most similarities to Ximending; the way the shops were lined; the kind of shops and cafés available; the frenetic pace of the locals; and the magnetic force the place has in pulling in the city’s youth. It’s as if Ximending and Myeongdong should be sister cities!

If I must recommend one fast food joint in Ximending it would be Ji Ji Guang Xiang Xiang Ji 继光香香鸡. They serve amazing fragrant chicken pieces there and I could have sat there all day and scoffed dozens down my throat! Be aware, though, that due to the popularity of the place, the queues are brutal! In the end, I made the executive decision to buy some fried chicken elsewhere, and luckily for me, Hot Star Large Fried Chicken was just around the corner. I have seen this fast food brand in Singapore, and I know just how HUGE that chicken is! It is bigger than the palm of my hand! I decided to wash it all down with some weird bitter melon juice that is sold from a roadside vendor in Ximending. As you can imagine, the taste was quite horrid, but at least I didn’t have chicken breath for the rest of the night… 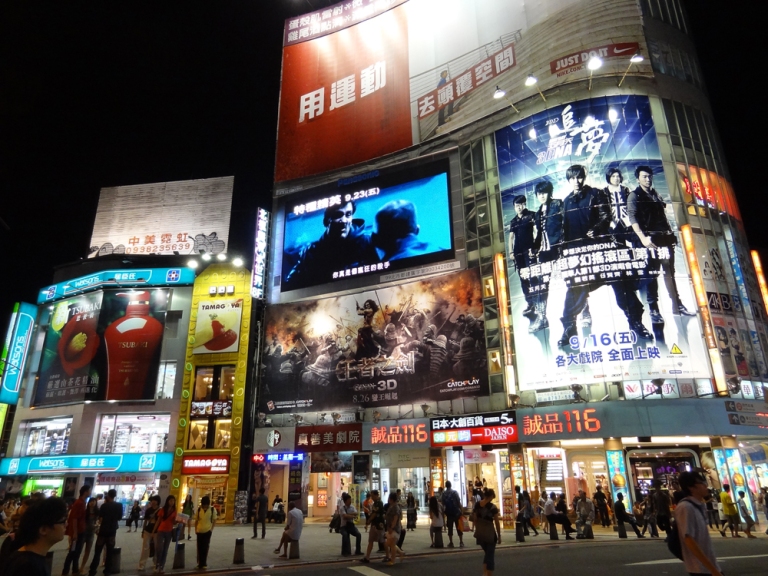 Ximending was actually the first pedestrian zone in the whole of Taiwan, which is quite a feat, and even to this day it remains one of the largest zones of its kind in the country. The lack of cars and vans in the area at weekends and public holidays is the key reason Taipei’s teenagers and twenty-somethings come here in the search of fun! As well as a big place for fashion and food, many stalwarts of the entertainment industry will come to Ximending to promote their new albums or a new television series. Music labels and radio stations have learned that a lot of cheap viral marketing can be performed in the Ximending area because their target audiences are already here and already willing to spend money!

I learned once I returned from Taipei that Ximending is in actual fact a very notorious area for student prostitution. In a way this fact did not surprise me, as some areas did indeed look a little seedy (as some little nooks and crannies in Myeongdong do also). There’s no question that the youth of Taipei congregate here in their spare time to watch the latest movies, and drink in the cool bars and clubs until the early hours of the morning. There is also a great amount of little cafés here, too, which visiting Singaporeans will no doubt find delightful! Yet with over 3 million people coming to Ximending every month it should come as no surprise that crime rate is the highest in the city, and little ‘love hotels’ pop up all over the place to cater for the students – and the more discerning foreign visitor. Rest assured, though, I was there merely for the food!

5 thoughts on “Ximending: Shopping and Sex”