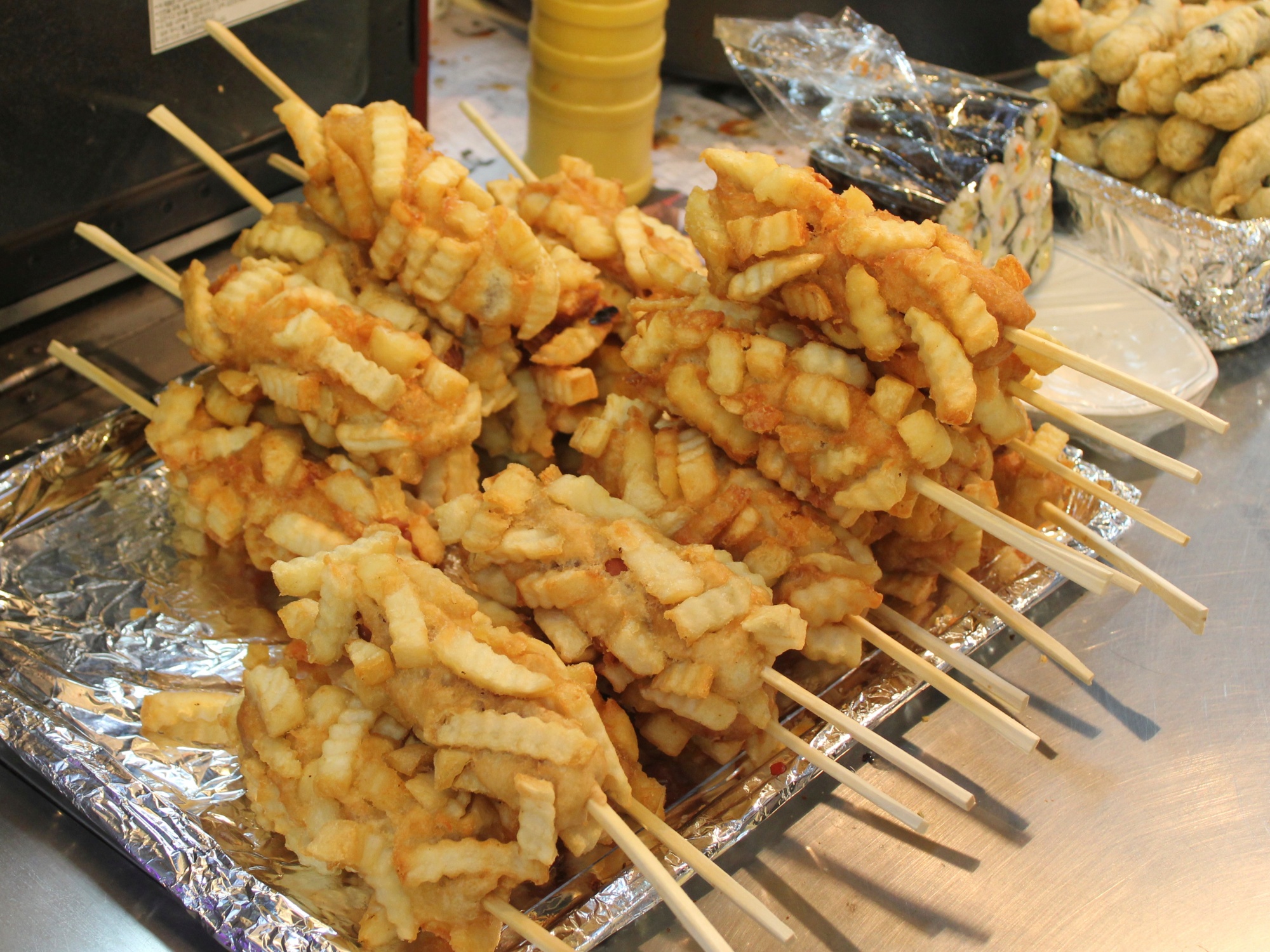 I love Korean street food – from egg bread to fish cakes, and everything in between! However, not everything on sale in the streets in Seoul is typically Korean. For example, there are some American inventions that have been given a typically Korean twist. This includes the hot dog.

In Korea, street food is sold from vendors known locally as Pojangmacha. It is from these street-side stalls that some of the tastiest snacks in Asia are sold (yes, even more delectable than Taiwanese treats, sometimes). For a foreigner walking around the city of Seoul, it was the potato hotdogs that caught my eye, even if they aren’t typically what a Korean family would eat at dinnertime! You can also find so-called Tornado Potatoes, and like the potato hotdog, these have French fries wrapped the sausage, albeit in more elaborate fashion. But what exactly are you eating when you devour these deep-fried treats? 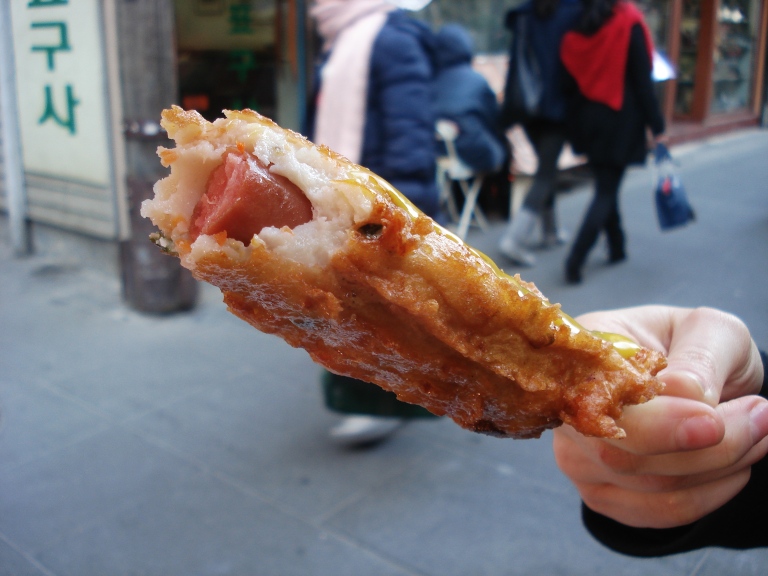 Although the potato (and sometimes corn) around the outside is self-explanatory, it is the insides that make me wonder about things. What exactly are the sausages/meat made from, and how old was it before cooking? Nearby in China, it is this kind of lax food hygiene/preparation that has made the country’s food industry infamous, and although South Korea is usually very safe, I cannot imagine that we are eating particularly sumptuous meat within our Korean hotdogs.

Health-wise, it may be much better to walk on to the next Pojangmacha and order tteokbokki or some kimbap, as these hotdog potatoes are VERY CALORIFIC! I imagine they must be close to 1000 calories per stick, and who knows about the saturated fat content!? Some people call them “heart attacks on a stick” – and that may be frighteningly close to the truth. Still, it wouldn’t be a true trip to Seoul unless you tried them snacks at least once.

2 thoughts on “Korean Hotdogs – what exactly are you eating?!”