There’s far more to the island of Flores than just Komodo Dragons. Its location farther east of Bali makes the island feel like true isolation. In addition, you can enjoy such natural attractions as Mount Kelimutu, the famous spider web rice terraces, cultural homes and villages at Manggarai, and a whole host of world class dive sites nearby!

The airport gateway is in the north west of the island, and usually has commercial flights every day to its more famous island cousins of Bali and/or Lombok. Labuan Bajo Airport is not an international airport, and probably won’t ever attain that status, but I am reliably informed that the Indonesian government is now really promoting Labuan Bajo and the surrounding areas as a centre for tourism. I found that travel across Flores is somewhat hampered, however, but a lack of reliable public transportation. 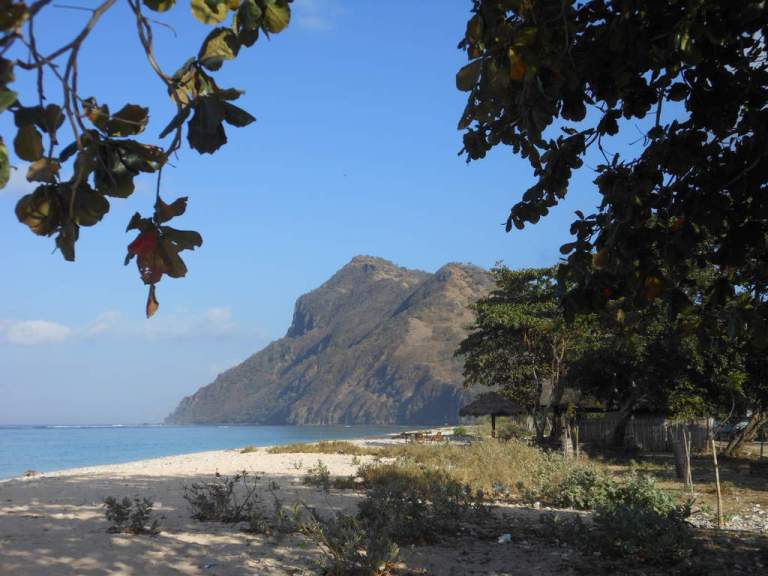 Labuan Bajo has many things to interest a traveller, and not only for being the starting point of a trip to Komodo National Park or Kanawa Island! There are bat caves, waterfalls, hidden islands (such as Flying Fox Island), and even the chance to sample some local cuisine in the town’s Fish Market! If you wanted to take in the sights and the sounds of Labuan Bajo, then a 2 night stay is necessary before even attempting any diving or dragon-hunting.

It may be of interest to you to learn that there are thriving communities on Flores. I have always been interested in the Manggarai People here, and their amazing little drum houses (locally known as mbaru gendang), which I happen to think are one of the best old-style dwellings in Asia. You can see little children running around playing football, while their parents, especially the mums, look on at the tourist scuffles with genuine curiosity: “why are they here to look at our homes?”, they must ask.

If you choose to spend enough time in Manggarai Regency, you may be lucky enough to see the famous “spider-web” rice fields! It looks like something you would usually associate with extra-terrestrials, but the villagers here in Flores and Manggarai in particular, they will pride themselves on telling you that the design is very much man-made! The spider-web style design of the rice field is very much central to the beliefs of the local people here.

One of the highlights of a trip to Flores is to see at close range the active volcano Mount Kelimutu. A 4 hour bus ride from Manggarai or an 8 hour trip from Labuan Bajo, Kelimutu is located close to a small town called Moni, and is best known for its striking trio of crater lakes, each with visibly different colour waters, yet sitting at the top of the same volcano. The three crater lakes are known as: Tiwu Ata Bupa (The Lake of the Old People) – the westernmost crater and usually blue in colour; Tiwu Ko’o Fai Nuwa Muri (The Lake of Young Men and Maidens) – typically green in colour; and Tiwu Ata Polo (The Bewitched Lake) – typically red in colour. Although the colours of the crater lakes change from time to time, there is a considerable draw here for tourists and geologists alike who cannot get enough of the spectacular views and scientific opportunities!

Finally, we must acknowledge that no trip to Flores would be complete without partaking in some diving. In particular, Kanawa Island is becoming something of a tourism hub for travellers who are serious about their diving. There’s no question that the waters around Flores provide some of the best dive opportunities in the South East Asia! Kanawa Island can be reached easily by boat from Flores and while most people stay overnight on the island, accommodation is very expensive, and many people will want to come back to Flores to stay in more moderately-priced hotels.

Komodo Dragons live here on the island of Flores. They can and do kill Humans. It is best to keep your wits about you when going on safari around here, even with a guide. Bear in mind these guides use mere sticks with which to beat away the Komodos if they get too near! My experience with the Komodo Dragons was mainly on Rinca, but the Komodo National Park has plenty of them roaming wild!

One thought on “Flores: To the Ends of the Earth”