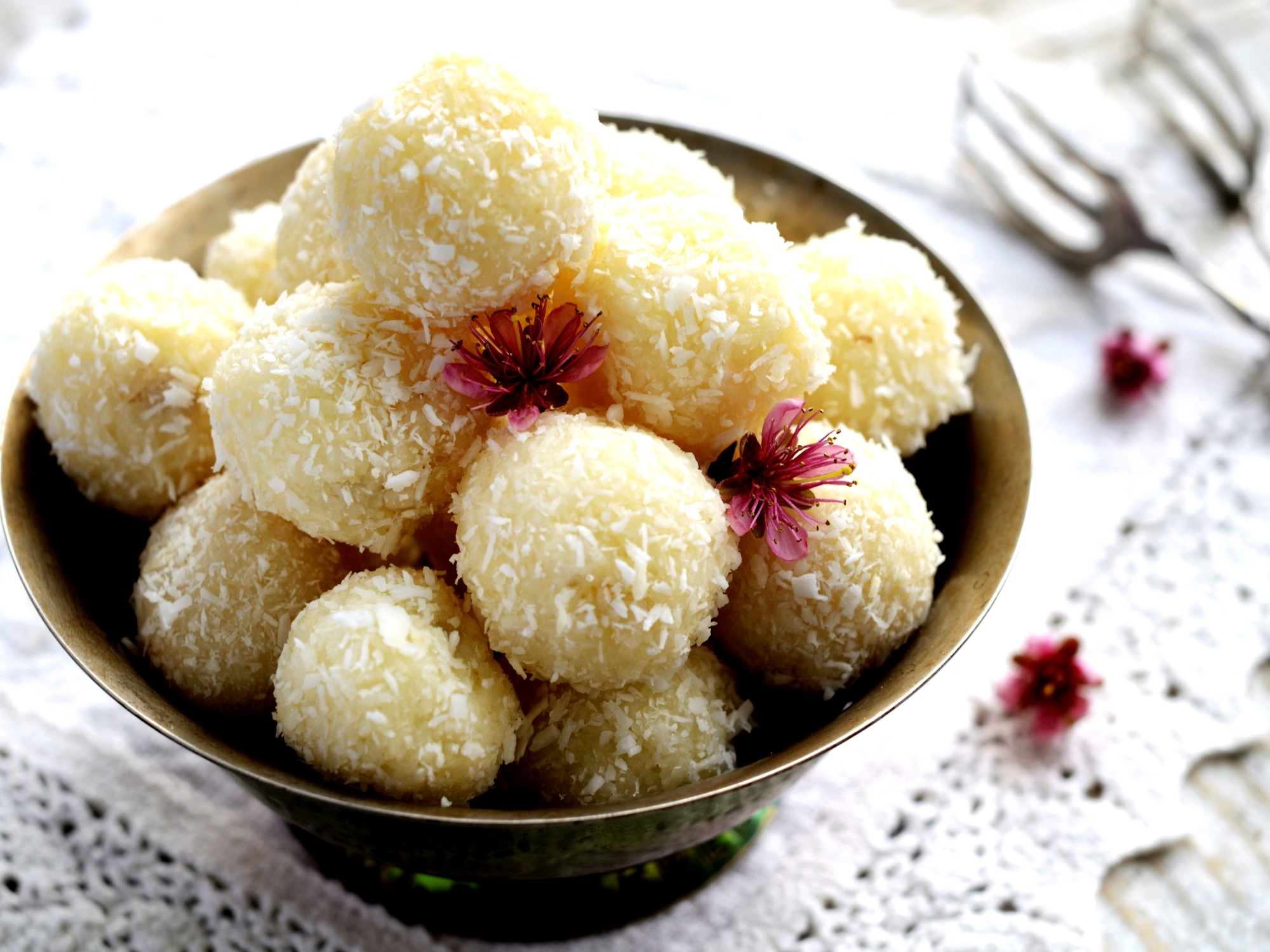 While every nation in South America has a distinct culinary tradition, there is one element that unites them all: a serious sweet tooth. Here are 11 sexy South American desserts to get you licking your lips!

Alfajores are two round cookies with a sweet filling, usually dulce de leche, and can be covered with sugar or chocolate. Argentina is the world’s largest consumer of alfajores, and they are very popular snacks for schoolchildren. Some of the best known alfajores brands in South America are the Argentine Havanna, Cachafaz, and Jorgito.

Present in all major celebrations in Brazil is the tiny sweet delicacy known as Beijinho de Coco. It is an after-dinner candy prepared with condensed milk, desiccated coconut, and caster sugar, then topped with a clove. Beijinho de Coco is the coconut version of the Brigadeiro, which is more commonly sold as street food.

Named after a native Uruguayan bird, Chajá starts from a sponge cake base and a peach syrup that’s spiked with a few tablespoons of rum. Add on layers of meringue, fresh peaches, whipped cream, and dulce de leche, then smother the whole cake with mounds of whipped cream – and top it off with more sweet crisp meringue and peaches!

Chilenitos are from Chile (surprised?) and while they may not be as popular as they once were, they still make appearances at almost every old school bakery and on tables during holidays. Manjar is spread and sandwiched between two flat cracker-like biscuits before it is covered in sweet and fluffy meringue for a bite that’s creamy, sugary, and crunchy all at once.

The quintessential kids’ birthday cake in Argentina is known as Chocotorta (“chocolate cake”). Its popularity is due to its simplicity: a tub of dulce de leche, a tub of queso crema (sour cream and cheese), and plenty of wafers or cookies! The queso crema and dulce de leche are mixed together to form a creamy filling, and then spread on top of the wafers. Then, a second layer of wafers is added on top, with yet more dulce de leche filling, and so on. It’s one of those simple desserts that everybody ends up craving – even the adults!

Argentines can’t get enough of their local ice cream, known as Helado, and you’ll find a “heladería” on almost every corner. It’s closer to Italian gelato in texture than traditional ice cream. For a first-timer, dulce de leche is the way to go, but on subsequent experimentation, why not try sambayón (custard tinged with sweet wine) or frutos del bosque (mixed berries, often raspberry, strawberry, and blackberry).

Suspiro Limeno is a classic Peruvian dessert and dates back to the 18th century. It translates to “sigh of a woman from Lima”. It’s made from a creamy manjar blanco caramel base, topped with a huge dollop of Italian meringue perfumed with port and cinnamon, and served in individually portioned glasses. Sugar atop sugar, it’s only for those with an insatiable sweet tooth!

Potatoes are everywhere in Peru – even in the desserts! In Picarones, a sweet potato is mixed with macre, a type of squash, to form a silky purée. It is formed into a round doughnut shape and then deep fried. The light and airy sweets are then drizzled in chancaca (raw sugar dissolved in hot water until it forms a molasses-like syrup), and served immediately.

Platanos Calados from Colombia showcases the rich flavour of sweet plantain. Extremely ripe plantains are combined with muscovado sugar, water, cinnamon, and lemon juice, and then simmered until the sugar transforms into syrup. The result is a soft, stewed-down sweet banana that takes on the spicy flavours of the clove and cinnamon. It’s then served on its own, or with a soft white cheese.

Quindim is a popular Brazilian baked dessert, made from sugar, egg yolk, and ground coconut. It is a custard and usually presented as an upturned cup with a glistening surface and intensely yellow colour. The mixture can also be made in a large ring, in which case it is called a “quindão” and served in slices.

When travelling in Bolivia, consuming Tawa Tawas may cause an insatiable daily craving! Flour, egg, and baking powder make up a dough that’s rolled out, cut into triangles, and then fried in hot oil to become a kind of ‘miniature pillow’. In texture, it’s similar to a samosa or a fatayer, but smaller in size and topped with powdered sugar and drizzled with raw honey.

3 thoughts on “11 of the sexiest South American desserts”