I first visited Malaysia in 2012, and it was one of the last countries in South East Asia that I ventured to (long before my blogging days). I stopped over in Kuala Lumpur, and it was here that I had my first taste of the country. After a crazy taxi ride into town from KL Sentral, I began to enjoy what Malaysia had to offer: the people, the history, the food, and the natural scenery.

Such is the pride and professionalism of Malaysian people that often your first encounter with their culture is on the plane before you even land in their country! Flying Malaysia Airlines from Bangkok, I was to get my first glimpse of the approach to Kuala Lumpur International Airport, and just like people always say, you really can see the famous trees in the plantation that give you your first impression as to what this part of Asia is really going to be like! The airport itself is huge and modern, and quite frankly much better than anything we have in Europe. Hop on the KL Ekspres train from the airport to KL Sentral, where you can then carry on your journey towards your hostel or hotel. 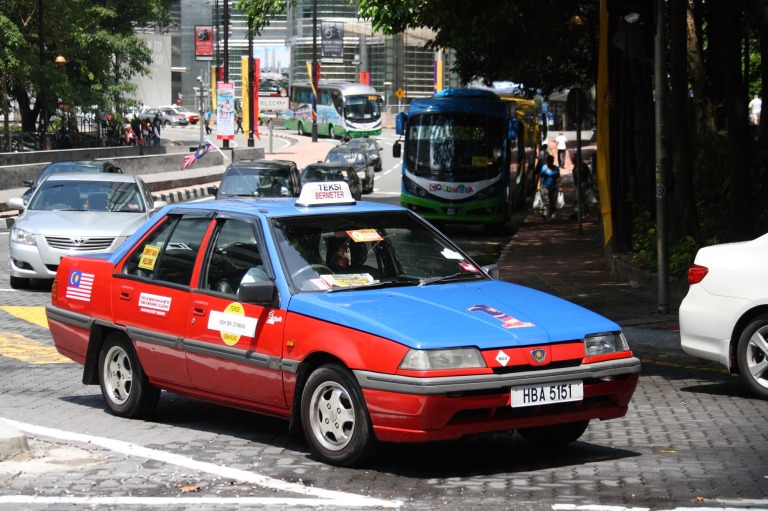 Kuala Lumpur is best known for the PETRONAS Towers that dominate the city’s skyline. It is maybe the first example of Malaysia being truly Asia, as these iconic towers are known around the world as a symbol of Malaysia’s rising economic status. During my first ever trip to KL I was lucky enough to have a hotel overlooking these towers (Traders Hotel) and I can remember eating some sate and a drink in the Sky Bar as I looked down on the KLCC Park. It was a great sight – one of those seminal moments when you fall in love with a place – and I said to myself “why did I wait so long before coming here?!”. Upon further inspection of KL, I found Bukit Nanas, Bukit Bintang, Jalan Alor, the Batu Caves, Taman Tasik Perdana, and the crowded Central Market which gave me more insight to the local culture around these parts. And despite Malaysia generally being a cheap country in which to travel, I didn’t think much of the taxi drivers… 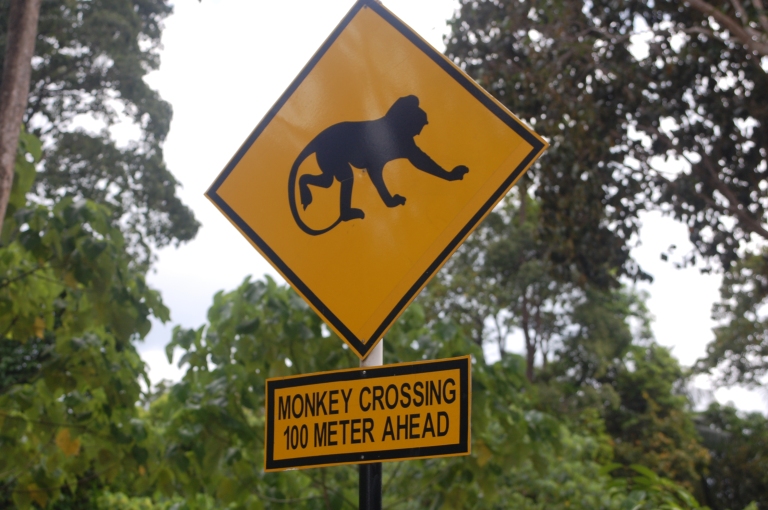 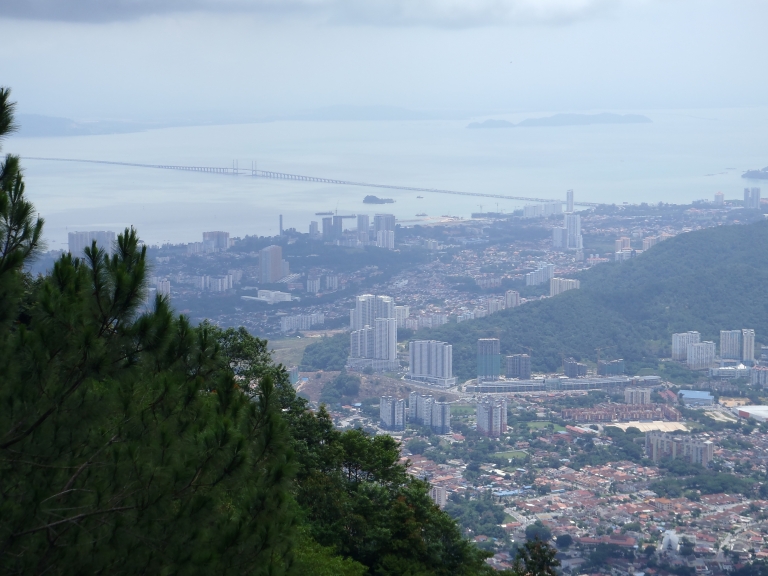 West Coast Malaysia consists (at least in my eyes) of Langkawi and Penang, both of which are prime holiday destinations for people all over the world. While not quite as popular as the southern Thai beaches at Phuket or Krabi, the Andaman islands of Langkawi and Penang are still great places to visit. I didn’t visit Langkawi until 2015, and I have been to Penang quite a few times now (I have friends there). I think Penang has much more to do for backpackers (including the colonial area of Georgetown, and the best food in the country), whereas Langkawi is more of a lay-on-the-beach destination. That said, you can still find things to do in Langkawi such as the Sky Bridge and the infamous cable car. Monkeys are bloody annoying, though, and they are another example of why Malaysia is truly Asia! For example, wherever you go in Langkawi (less so in Penang) you could be robbed of your food by these cheeky macaques – so keep your wits about you!

What some people may not known is that large parts of Borneo are also Malaysian territory. While the central and southern areas of Borneo are Indonesian territories, Malaysia has two large states – Sarawak and Sabah – in the north of the island, and these sandwich the tiny oil-rich nation of Brunei Darussalam (which is not Malaysian!). Adventure tourism and eco-tourism are very prominent in Sabah, with the chance to enjoy river safaris and overnight treks in the jungle. Bornean Orangutans are also featured around these parts, and with skilled, experienced, and friendly Malaysian tour guides it is a great way to get close to wildlife! Also, the pasar malams (night markets) in the city of Kota Kinabalu are epic if you’re a foodie like me! Sarawak is an area of Malaysia that I haven’t visited yet, although the Cat City of Kuching is the main gateway to this area. It is a great place to learn about Malaysia’s colonial – and more ancient – history. Maybe one day I can get there and find out for myself.

For more ideas on where to visit in Malaysia that I haven’t mentioned in this article – including Taman Negara and the Cameron Highlands – check out my post on Malaysia’s Hidden Gems. 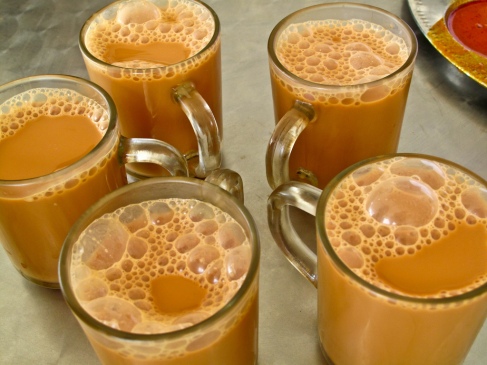 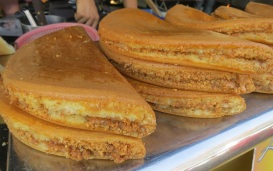 Malaysian cuisine is extremely enjoyable. It may not have the international reputation of Thai food or Indian cuisine, but when you get to Malaysia and try the food for yourself you will soon realise that the culinary scene here is to die for (especially in Penang)! Large meals include Nasi Lemak – considered the national dish – and the spicy sambal udang, whereas street food includes giant crispy pancakes known as apam balik! The quintessential beverage in Malaysia is teh tarik, which is otherwise known as ‘pulled tea’. One of my favourite desserts in Malaysia is ais kacang, which may look like a simple shaved ice, but in true Malay style it becomes very, very tasty! 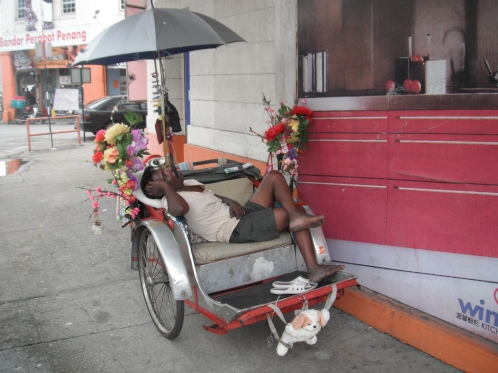 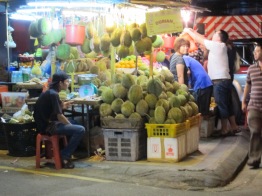 Local fishermen use the Kinabatangan as a source of food

Fish being burned on the beach!

Yet despite the busy cities, the unique nature, and the good food, what really separates Malaysia from most other South East Asian nations is its people. I loved the friendliness of most people and they were always willing to help. They understand tourism is a big part of their nation’s income, but will always set a real example (not fake, like you often get in Thailand) as to what their daily life is like. At various times, I have tried to learn a little bit about the Malaysian people and their culture. I know a few sentences in Bahasa Melayu, but I always want to improve! It’s good to be able to speak some simple phrases with the locals, and they seem to appreciate that I can make an effort like that. Islam is the dominant religion in Malaysia, but you can find temples and pagodas dedicated to virtually every religion (it is multicultural in this respect, much like Singapore). This multiculturalism makes them truly Asian. I enjoyed seeing regular Malays going about their business, such as cooking meals on the beach, fixing fishing nets, or even just taking a well-deserved nap on their rickshaw in between picking up and dropping off their passengers! It made me feel as though I wanted to join them and spend more time in their country – and who knows when I’ll next be back!