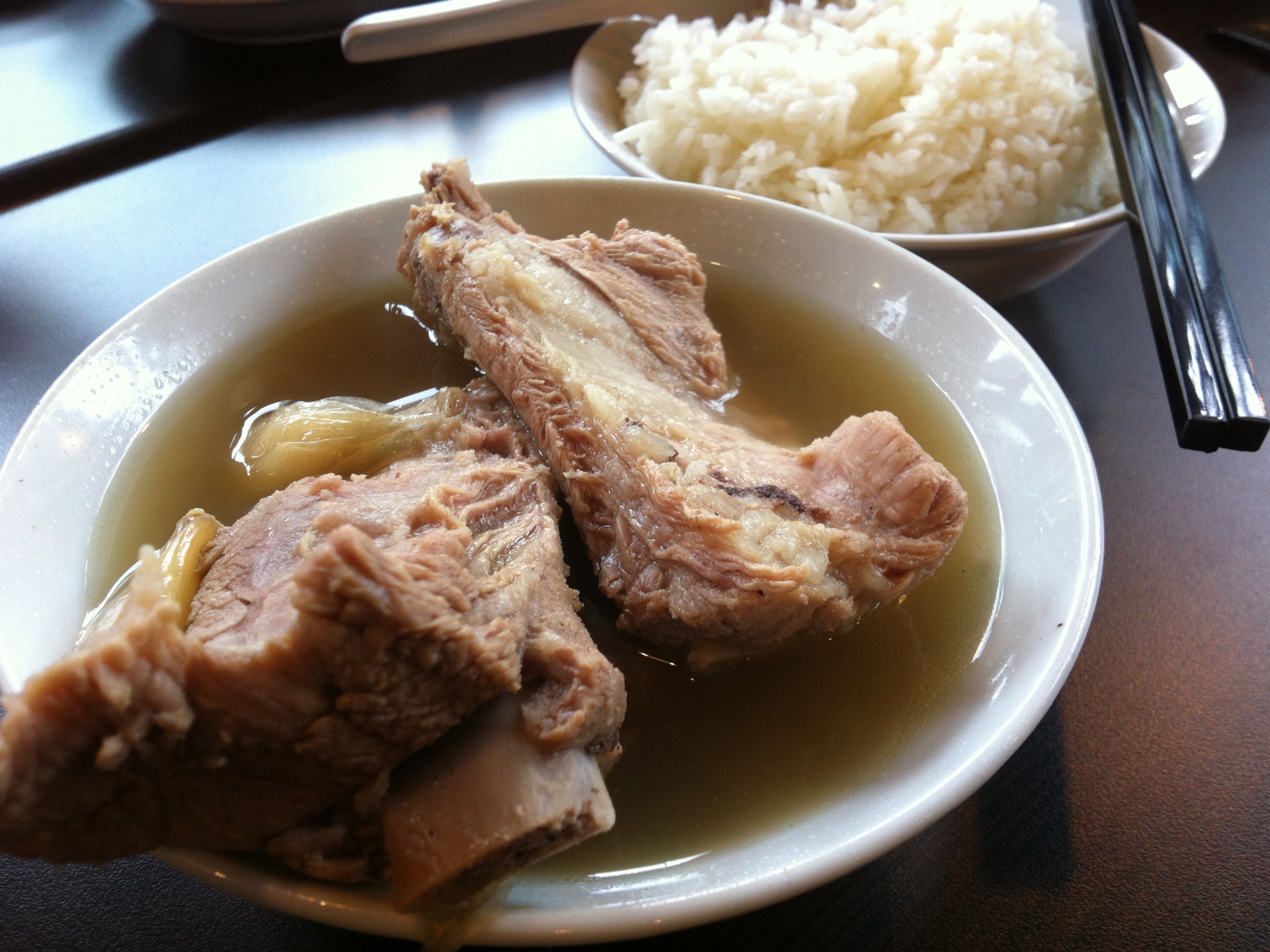 Bak Kut Teh is a meat dish cooked in broth popularly served in Singapore, where there is a predominant Teochew community, and also to a lesser extent in neighbouring countries like Malaysia and western parts of Indonesia.

Bak Kut Teh literally translates as “meat bone tea”, and consists of meaty pork ribs simmered in a complex broth of herbs and spices. It is usually eaten for breakfast with rice or noodles and served with youtiao (a Chinese bakery product) for dipping into the soup. Despite its name, there is no tea in bak kut teh, as in fact the name refers to the oolong tea usually served alongside the soup in the belief that it dilutes or dissolves the copious amount of fat consumed in this pork-laden dish. The Hokkien and Teochew are traditionally tea-drinking cultures and this aspect runs deep in their cuisines.

There are 3 types of bak kut teh: The Teochew style, which is light in colour but uses more pepper and garlic in the soup; The Hoklo (Hokkien), uses a variety of herbs and soy sauce creating a more fragrant, textured and darker soup; The Cantonese, with a soup-drinking culture, add medicinal herbs as well to create a stronger flavoured soup.

A less fatty variation of bak kut teh made with chicken instead of pork is called “chik kut teh”. It also serves as a halal version of the dish that caters to Muslims, whose religion, of course, forbids them to eat pork.

Throughout my adventures in Singapore, I have tried bak kut teh a few times, but it is not for the faint of heart. I somehow don’t think the palette of westerners will be suited at all to this pork bone broth, although it’s always good to try local food when you travel. I preferred the actual meat, and made a good attempt at consuming it all, but I found the broth to be on the sickly side. However, I saw many Singaporeans and ethnic Chinese slurping up their broth in the hawker centres at which I ate, so it must be good – even if we Europeans may never like it too much!