There is such a wide variety of desserts to be found across Asia. It’s not all about glutinous rice and bananas!

OK, so we’ve taken a look at 23 of the most tantalising European desserts, and 23 of the best American desserts, so now let’s check out 23 of the most delicious Asian desserts, which are listed in alphabetical order. Interestingly, there are 4 desserts included here from both Japan and Thailand! Remember to let me know which of these after-dinner treats tickles your fancy!

If you think that travelling around Asia means you might encounter a few “dodgy” foods, then fear not, as in Vietnam they have simple banana cakes – known as Bánh Chuối Nướng – that have been baked to perfection. Fresh banana cakes that have been freshly baked? Sounds good to me!

This sweet dessert from Malaysia may look like Cendol, but in fact Bubur Cha Cha is an assorted medley of sweet potatoes, yam, and black-eyed peas that are cooked in a sweet coconut milk base. It is a colourful and sweet dessert, and is generally prepared during festive seasons.

Buko Pie is extremely popular with Filipinos, many of whom consider it their “national dessert”. It resembles a coconut cream pie, except that it is made with young coconuts (“buko” in Tagalog) and has neither cream in the coconut custard filling or meringue swirls on top of the baked coconut custard. Instead, the pie uses sweetened condensed milk, making it denser and healthier.

The basic ingredients of Cendol are coconut milk, jelly noodles made from rice flour with green food colouring (usually derived from the pandan leaf), shaved ice and palm sugar. Other ingredients such as red beans, glutinous rice, grass jelly, creamed corn, might also be included. Although said to have originated in Indonesia, Cendol is also just as popular in Singapore and Malaysia.

Douhua is the short form of doufuhua. It is a Chinese snack made with very soft tofu. It is also referred to as tofu pudding and soybean pudding. Also very popular in Taiwan.

These Egg Tarts are famous all over Asia – but nowhere more so than in Hong Kong! The locals here cannot get enough of these small treats, and as well as being as a key component of Dim Sum, they are also enjoyed as after dinner snacks!

This is a popular Filipino dessert with mixtures of shaved ice and evaporated milk to which are added various boiled sweet beans, jello and fruits. It is served in a tall glass or bowl. You may see some similarity in Halo-Halo with Ais Kacang from Malaysia, as they are both shaved ice desserts.

As if simple mochi wasn’t good enough for you, spring time in Japan sees these glutinous rice cakes pounded into shape with the addition of a whole strawberry (and red bean paste) placed inside. This is a classic Japanese dessert and I am sure you’ll agree that it looks as good as it tastes!

Kakigōri is a Japanese summertime dessert flavoured with syrup and a sweetener, often condensed milk. Popular flavours include strawberry, green tea (ujikintoki), melon, “Blue Hawaii”, and sweet plum. The texture and presentation of Kakigōri is similar to Baobing and Bingsu from Chinese and Korean cuisines respectively.

Khanom Khrok are simple coconut cakes that are small enough to be carried in the palm of your hand and eaten on the go. However, Thais enjoy their cakes by the bucket load – and who can blame them with these tantalisingly tasty treats?!

Famous among tourists in Thailand is Khao Niao Mamuang, which is sweet coconut sticky rice with mango. This has now became one of Thailand’s most popular desserts and is famous all over the globe.

Khao tom is a Thai dessert of seasoned steamed sticky rice and cooked banana that is traditionally wrapped in banana leaves. Also eaten in Laos and Myanmar (under different names).

An essential component of Dim Sum, the colourful Lai Wong Bao has been delighting the Chinese for many a century. The soft and fluffy bao is filled with fresh creamy custard (usually heated) and it can be difficult to eat with chopsticks!

Mango Pomelo Sago is a Hong Kong dessert that was supposed to have been invented pretty recently, in 1984. It is composed of mango, pomelo, sago, coconut milk, cream and sugar. It has since been exported all over the world – and is eaten on mainland China as well.

These traditional buns from the Land of the Rising Sun are just as popular as pineapple buns from Hong Kong and are devoured in their millions every year!

Mooncakes are Chinese bakery products infamously known as difficult to make authentically. Mooncakes are traditionally eaten during the Mid-Autumn Festival. The festival is for lunar worship and moon watching, when mooncakes are regarded as an indispensable delicacy!

Pandan Chiffon cake is a light, fluffy or sponge cake of Indonesian origin that is flavoured with the juice of Pandanus amaryllifolius leaves. The cakes are light green in tone due to the chlorophyll in the leaf juice. Also a favourite snack in Malaysia.

Pisang Goreng is a snack food made of banana or plantain being deep fried in hot cooking oil, mostly found throughout Indonesia, but popular all over South East Asia. There are several variants: type of banana used; either coated with batter or not. A variant called “Pisang Goreng Pontianak” is widely popular in Indonesia and is one of the main street foods across the archipelago.

Mochi is Japanese rice cake made of mochigome (a short-grain japonica glutinous rice) which is pounded into paste and molded into the desired shape. In Japan, Sakuramochi is known also as “Cherry Blossom Cake” and is traditionally made in a ceremony called “mochitsuki”.

Also eaten wildly in Cambodia, Songkaya Fakthong is basically a scrumptious dessert of pumpkin custard! It is a cheap and cheerful way for the whole family to enjoy dessert!

Shwe Yin Aye is a coconut cream sherbet that is traditionally eaten after dinner. Many people in Myanmar will never turn it down – and neither would I! This is often served with a slice of white bread. Unquestionably the tastiest Burmese dessert!

Tang Yuan is a Chinese food made from glutinous rice flour mixed with a small amount of water to form balls and is then cooked and served in boiling water. Tang Yuan can be either small or large, and are commonly filled with black sesame paste.

So that concludes my look at 23 of the most tasty Asian desserts! Which of these delicious desserts caught your eye? For me, the Pisang Goreng remains a favourite of mine, although Khao Niao Mamuang is delicious, too!

19 thoughts on “23 Asian Desserts you MUST try before you die!” 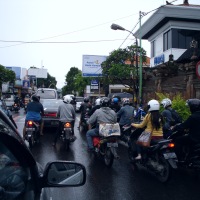 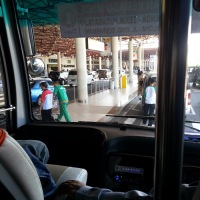 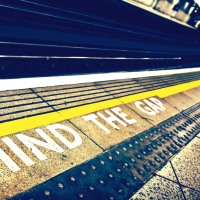 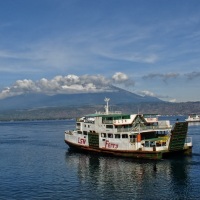