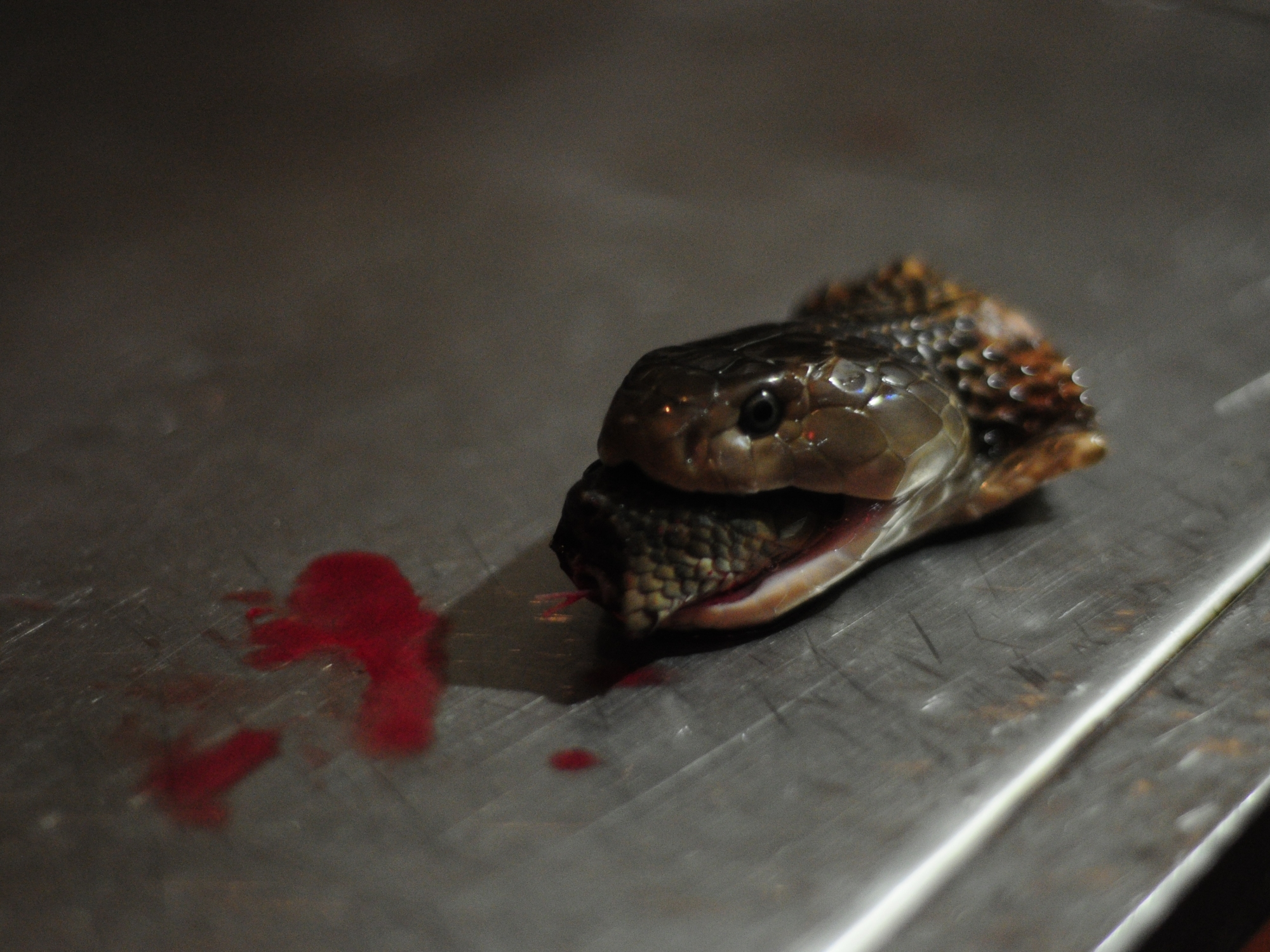 Why do Vietnamese people have such a longing for eating snake? And what can be so tasssssty about these sssslippery ssserpents?

I must be honest, I could NEVER eat part of a snake. I have seen BBQ Snake in Cambodia, and this was sold on sticks to eat as we walked away. I imagine the snake meat must be very chewy, maybe like the texture of beef, but I still cannot bring myself to eat the snake. However, the Vietnamese are among the largest consumers of snake in the world – and not one part goes to waste! Even the snake’s heart gets ripped out and eaten while it is still beating. This is said to aid energy and sexual prowess, which just goes to show that the more snake hearts you eat, the more manly you are! No wimps allowed! 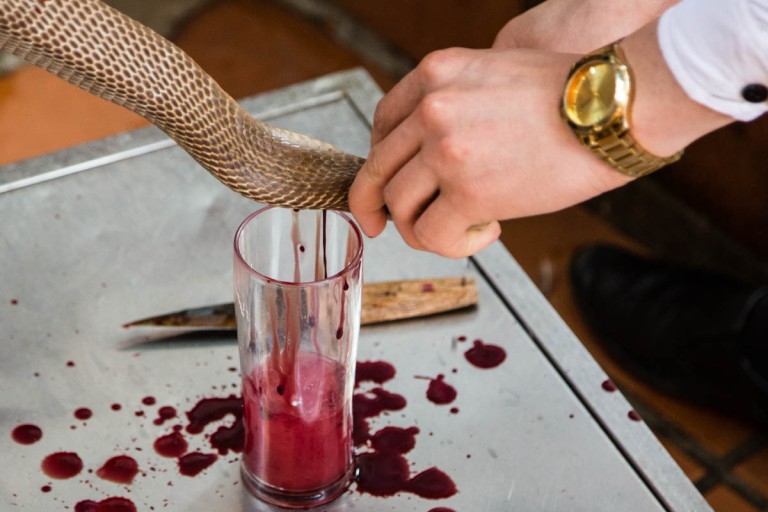 I have seen snakes on sticks in night markets in China, and I have seen the odd snake or two in jars of whiskey concoctions in Laos (not to mention Habushu on sale in Japan), but the idea of killing alive and skinning it at the table for the diners to “enjoy” while they are waiting? This seems a little too much for me.

I think the Vietnamese consider eating snake to be a delicacy and a form of entertainment, rather than a necessary dietary requirement. However, this rule only applies inside restaurants. What the Vietnamese may do in their own backyards is entirely up to them – and sometimes it pays to be wild! However, consuming snake is risky to human health. All reptiles carry salmonella and this can be contracted by eating raw snake

Aside from the [apparently] delicious snake meat, the main reason the Vietnamese long for their slippery friends is because of the blood and heart. In fact, it’s not just the blood that they squeeze out of the slowly-dying snake at the table; the snake has other liquids – such as bile – that are also considered a delicacy to the discerning restaurateur. The heart, though, is usually put in a small bowl, and left to beat slowly, until one member of the table summons up enough manliness to pick it up and swallow it whole! This machismo can be displayed BEFORE OR AFTER your shot glass of snake blood! Your money, your choice! 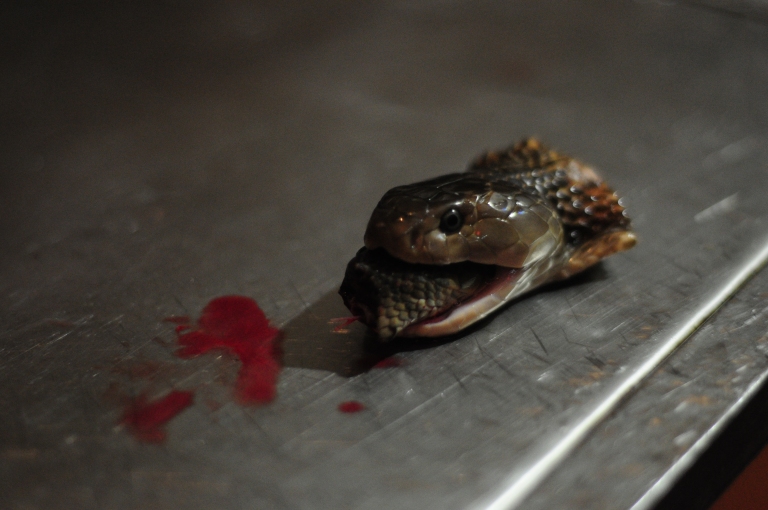 The wondrous wet markets of Vietnam are often the site of exotic edible treasures, and many tourists enjoy the experience. Additionally, Vietnamese restaurant owners regularly come to these wet markets and legally purchase whatever will be required for their menus. For an increasing numbers of tourists, a vital part of a trip to Vietnam includes a visit to an infamous wet market and a restaurant that has snake on the menu. There, young backpackers drink the snake’s blood and swallow its heart as it is killed and gutted in front of them.

What do you think? Is drinking snake blood a safe option? Would snake ever find its way on to your plate?

3 thoughts on “Snake: at the heart of Vietnamese cuisine” 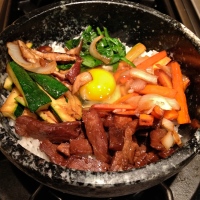