My Son is a cluster of abandoned and partially ruined Hindu temples in central Vietnam that were constructed over 1000 year ago by the kings of Champa. Located 69km south of Da Nang and based near small rural villages, the temples of My Son were built by the kings of Champa between the 4th and 14th centuries. All temples here are dedicated to the Hindu god Shiva and are situated in a valley that is 2km wide and surrounded by mountains. 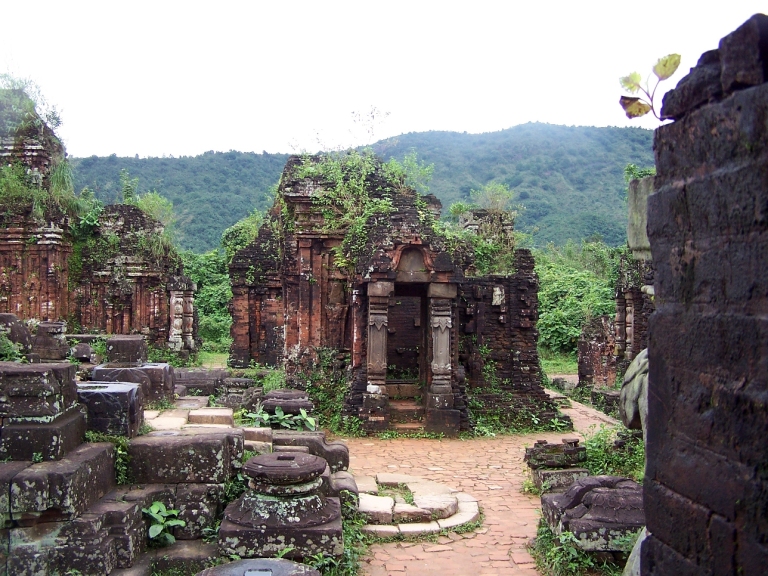 From the 4th to the 14th centuries, the valley at My Son was a site of religious ceremony for kings of the ruling dynasties of Champa, as well as a burial place for Cham royalty and national heroes. It was closely associated with the nearby Cham cities of Indrapura and Simhapura. At one time, the site encompassed over 70 temples as well as numerous stele bearing historically important inscriptions in Sanskrit and Cham. Yet despite being perhaps the longest inhabited archaeological site in all of old ‘Indochina’, a large majority of the architecture here at My Son was said to have been destroyed by US bombers during a single week of the Vietnam War.

I’ve always been interested in learning about ancient kingdoms and cultures across Asia, specifically in South East Asia, so the opportunity to visit the fabled My Son Ruins – once a stronghold of the Cham Empire – as a day trip from Da Nang was not only too good an opportunity to miss, but also the chance to be among the highlights of my trip to central Vietnam. It didn’t really work out like that, and, actually, I am very angry about it.

The My Son temple complex is regarded one of the foremost Hindu temple complexes in Southeast Asia and is the foremost heritage site of this nature in Vietnam. It is often compared with other historical temple complexes in Southeast Asia, such as Borobudur in Indonesia, Angkor Wat in Cambodia, Bagan in Myanmar, and Ayutthaya in Thailand. As of 1999, My Son has been recognized by UNESCO as a world heritage site. Yet despite this, I would never say that My Son is on the same level as Borobudur or Bagan, and whoever thinks these dilapidated ruins in the Vietnam jungle should be put in the same breath as the Temples of Angkor really is having a laugh! 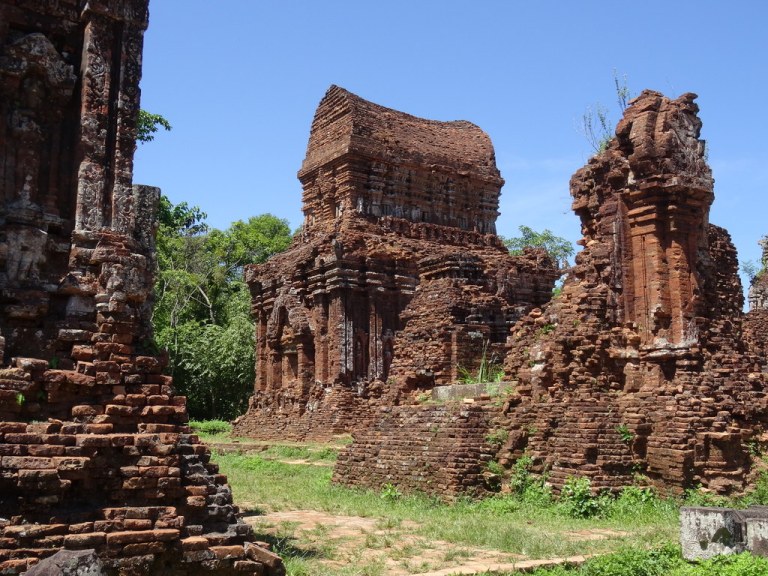 The thing that disappointed me most with My Son is that there is a distinct lack of infrastructure here. I know we are supposed to be in the wilderness, and in that regard it’s no different to the temples and pagodas in Bagan, but really no effort is made by the authorities to enhance your visit, nor to enlighten you on what you are looking at. Sure, the ruins looked amazing, and lend themselves very kindly to a fantastic photo or six, but it was very hard at the time to actually understand what it was that we were actually looking at. I did a bit of research the night before (as I always do before visiting temples in any country), and I am glad I did, as without that prior knowledge I wouldn’t have had a clue what was going on!

The tour I went on from Da Nang only cost me around $7 – booked from my hotel – and this included return transfers and a “guide”, although he was rubbish, to be frank. What annoyed me with him is that he tried to keep lighting cigarettes every 5 minutes when he was supposed to be educating us on the state of the Hindu ruins, but I kind of guessed that he didn’t know much about the temples anyway, so I was glad he didn’t speak! On the way home though, he was very insistent that we peruse the local wood-carving shops and buy some “souvenir”. Admittedly, the wood carvings were very nice, but I was not in the mood, after having much of my day ruined.

The ruins at My Son were very nice to look at, especially in the early morning dew, which is probably the best time to get here if you want to avoid the masses of tourists who get here on their day trips from Da Nang. However, a lot of the official photographs of the My Son ruins are somewhat deceptive, as the ruins are far less impressive when you are up close and personal with them. They’re not bad, of course, but don’t come here expecting the Vietnam version of Angkor Wat!

Have you been to My Son? Was your experience underwhelming? Did you, like me, find the neglect of these important ruins very disrespectful? Please share your experiences below.

10 thoughts on “Ashamed of My Son” 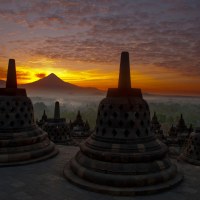 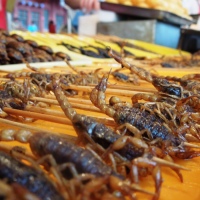