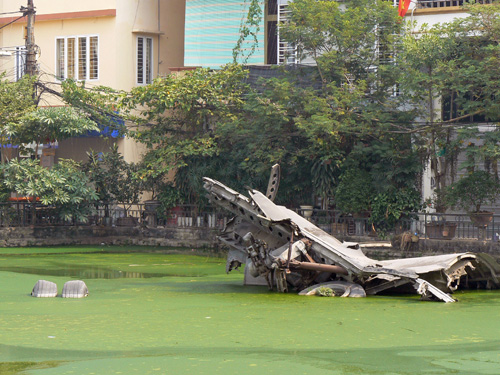 In an unremarkable residential area of Hanoi, after walking through hundreds of TINY streets, you will come across Huu Tiep Lake, which has a stark reminder of the Vietnam War. 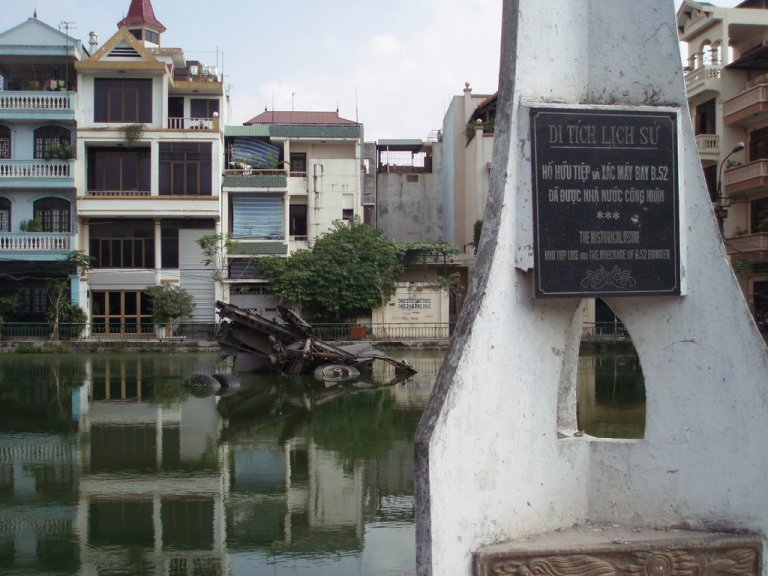 To be honest, Hanoi has many lakes within its city limits, and going from the looks of things here, Huu Tiep Lake was actually not that impressive. It is very small and quite smelly, with the odd turtle swimming about. However, the reason people come here is to see the downed US Air Force B-52 Bomber, which was shot down during the Vietnam War and crash landed here right in the middle of the lake. The aircraft is pretty much still in the exact same condition now (well, allegedly) as it was back in the 1970s, so there is a real sense of history around here, and there are plaques spread around the lake informing you of a very one-sided story. 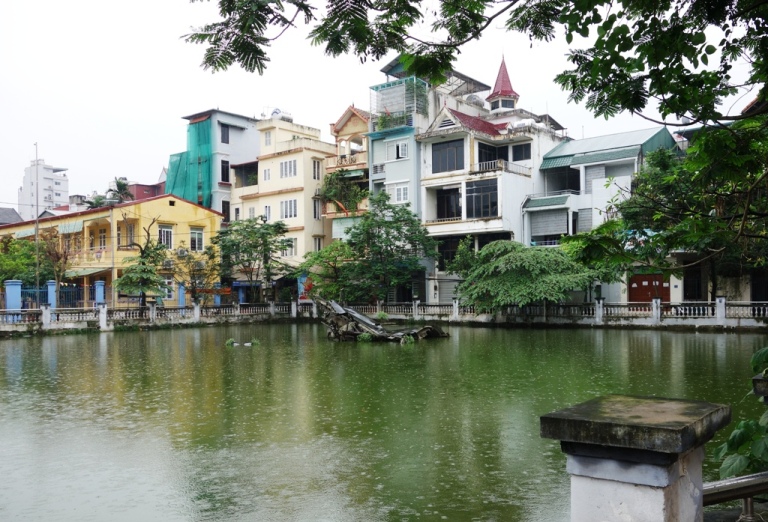 I guess it’s somewhat macabre that a tourist attraction is based on something like this, but the Vietnamese are very proud of their “victory” over the Americans during the war, and this crashed B-52 Bomber is considered a memento of their military might. A lot of the attractions in Hanoi from a backpacker’s perspective are somewhat gimmicky, and many of these are also tourist traps that quite frankly should be avoided. I came here straight from the unimpressive Botanical Gardens via copious amounts of insanely narrow streets, and while I think that circumnavigating Huu Tiep Lake can provide a nice stroll in the morning or evening, but I wouldn’t say seeing the B-52 laying haphazardly in the water is of any real interest – unless you are an American tourist or have an interest in the Vietnam War.

I actually wondered as I was standing around the lake in the light drizzle what American tourists would make of this attraction. Is it really something Americans want to see? Is it right that war is glorified in this kind of way? I think not, and I’m not even American! To make matters worse, some of the residents here (as the lake is boxed in by houses) have converted their homes to cafés and bars in the hope that we tourists have a beer or two and admire the view!