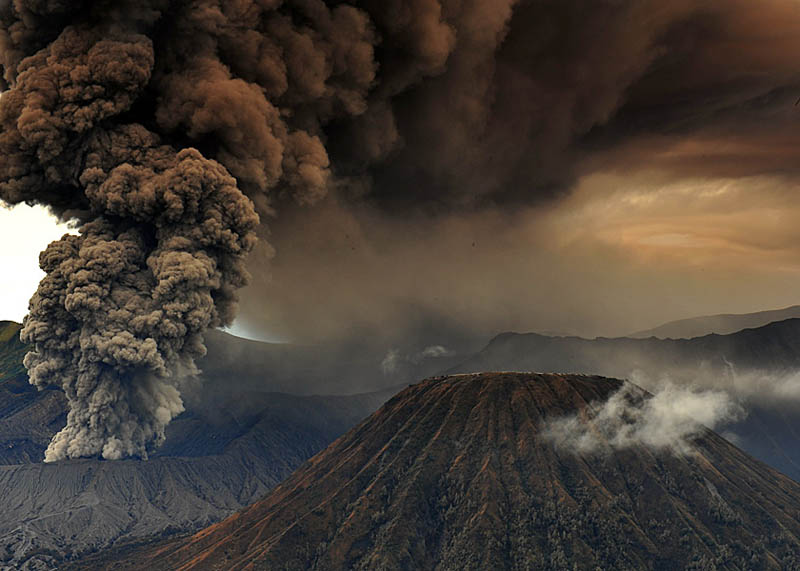 My trips to Indonesia have been spearheaded by experiences in Bukit Lawang, Candi Borobudur, and Komodo National Park. However, if jungle, temples, and man-eating dragons were not exciting enough for me, then my trip to climb the legendary volcano, Mount Bromo, was surely another highlight of my trip!

Mount Bromo is located in the north eastern part of Java in Indonesia, a 3 hour bus ride from the second largest city in Indonesia, Surabaya. Bromo is an active volcano which last erupted in 2011. There have been a few major eruptions in the past decade, and these have caused multiple fatalities in the nearby villages of Cemoro Lawang and Probolinggo. The name “Bromo” derives from the Hindu word “Brahma”, meaning God. Part of the Bromo-Tengger-Semeru National Park, Mount Bromo is only one of five volcanoes in Tengger caldera, with the others being Mount Batok, Mount Kursi, Mount Watangan, and Mount Widodaren. Incidentally, Batok is the only volcano that is no longer active and is now covered in trees. It is said that leopards live around the national park, but luckily I did not encounter one! 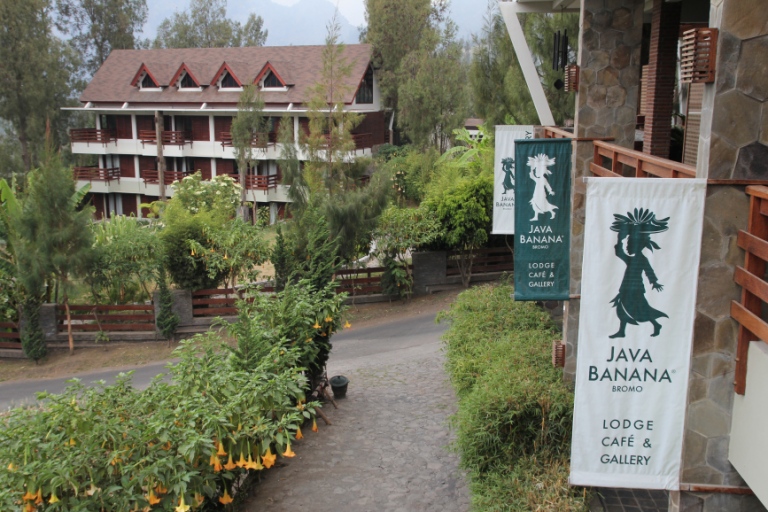 I caught a train from Yogyakarta to Surabaya and then endured a 2 hour bus ride from Surabaya to a quaint little town called Probolinggo. From there a short journey into the Bromo-Tengger-Semeru National Park was all that was needed to begin my ascent of the mighty Mount Bromo! I stayed at a hotel called Java Banana. It is by no means the cheapest option in the area, but I had long since fallen in love with the guesthouse since reading reviews and looking at pictures in TripAdvisor. I spent just one night there but really enjoyed my time in its surroundings. It was a nice variation from the experience I encountered while in another of Indonesia’s most famous national parks at Gunung Leuser.

Outside the many accommodations in the area, you can find ‘official’ 4X4 vehicles to take you deep into the Park. You cannot go in on foot, so finding a good bargain is vital (unless you get transport as part of your hotel package, like I did with Java Banana).

Unlike many of the landscapes around Indonesia’s volcanoes, Bromo has a lunar landscape, which looks like something from the surface of the Moon. There were high winds when I was there, and I was advised by the tour guides to wear a face mask to avoid the worst of any dust and fumes. It is the only location in Indonesia that is surrounded by a so-called ‘sea of sand’, hence the need for masks in inclement weather.

I found the ascent of Bromo to be fairly challenging, even for someone as fit as me. However, it was very windy on that day which affected my enjoyment a little as I felt as though I could not concentrate on the matter at hand because of the wind whistling past my ears all the while. The views from the top are amazing, although still very dangerous. There are clearly marked paths from which you cannot deviate.

Further south from the Tengger caldera is the highest peak in Java, Mount Semeru. Semeru is a stratovolcano in a state of perpetual eruption (sometimes every 20 minutes or so), but many tourists still climb it regardless of the risks. In fact a man recently died hiking Semeru by inhaling her poisonous fumes. Towards the top of Mount Semeru, it is so high that no plant life exists despite this effectively being located in the middle of the tropics!

Despite Semeru’s status, most people still come to the Bromo-Tengger-Semeru National Park to climb Mount Bromo, or focus on Bromo’s sunrise/sunset views from what is the best vantage point at Mount Pananjakan. Your day will start very early to climb Bromo, so by the end of the day (or late afternoon) you may be quit exhausted, but just remember that the more you climb, the more you will be rewarded in this remarkable place!

In the afternoon, I also visited the incredible Madakaripura Falls within the Bromo-Tengger National Park. The falls were difficult to get to, and it took a 4×4 considerable trouble to navigate the rugged terrain, but once there I was greeted with the amazing sights captured in the photos above. A trip to Madakaripura can easily be tagged on to your itinerary when visiting Mount Bromo, either after your sunrise climb, or before viewing an epic Javan sunset.

For more information and lots of photos of Mount Bromo (and Mount Ijen further east in Java), check out this blog from Vikram Bahl and these epic photos of a Bromo sunrise from This Battered Suitcase.

37 thoughts on “The Mighty Mount Bromo”