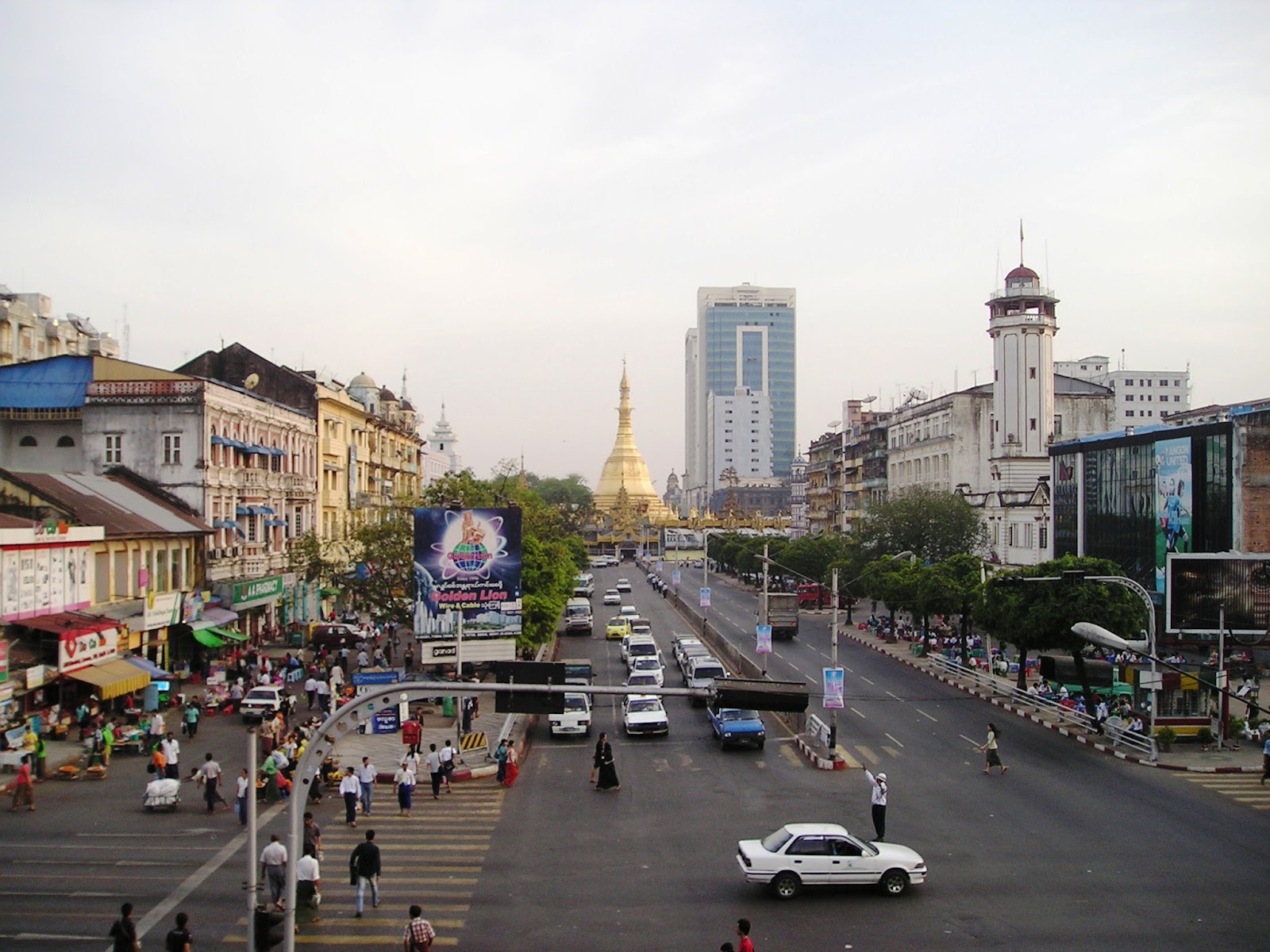 I had always wanted to visit Yangon, and what this former capital taught me is that unlike many other cities in the region, there is such a frenetic pace here! 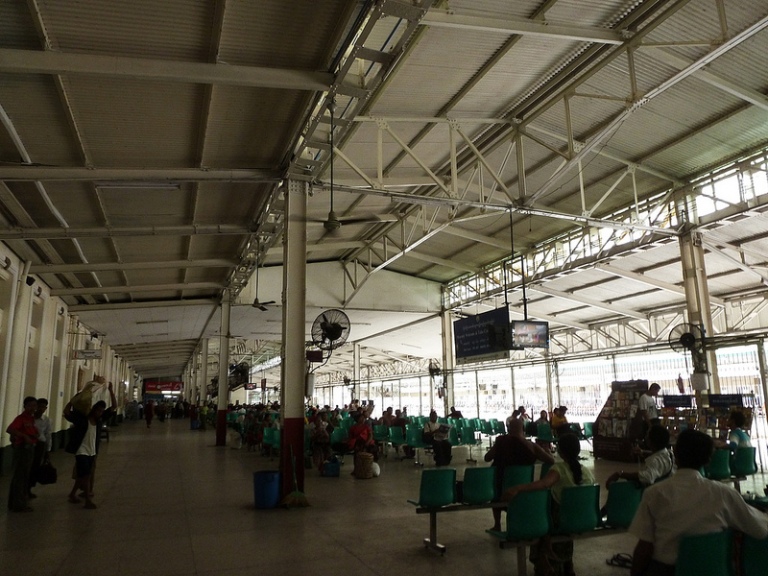 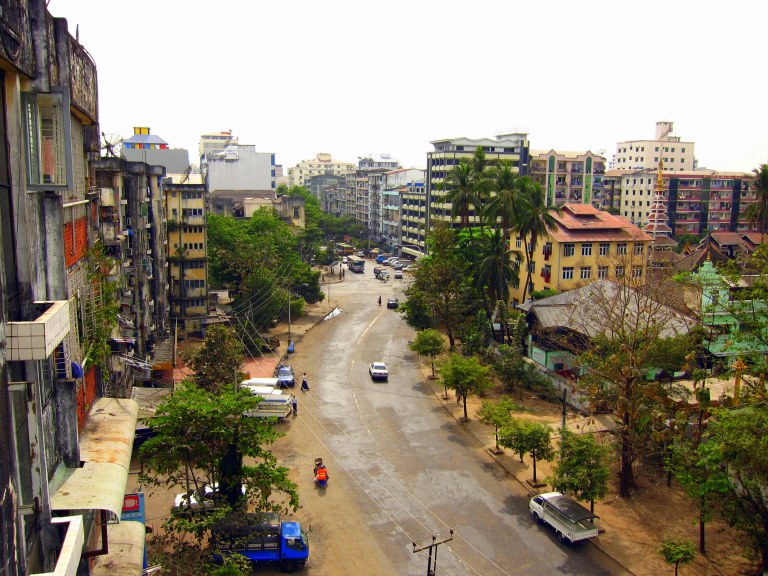 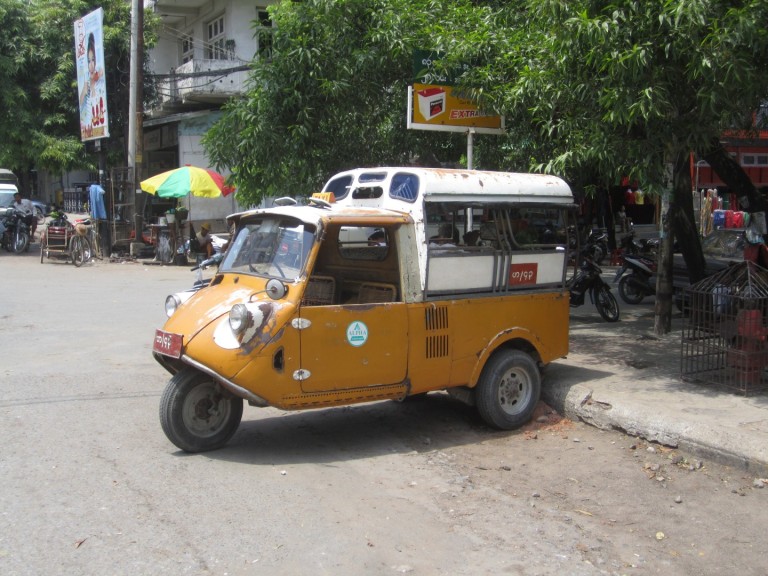 You will probably begin and end your trip to Myanmar (excluding flights, of course) at Yangon Train Station. This is a fairly good station by Asian standards, but it will be a culture shock for most travellers as soon as you leave the building and start thinking about catching that bus to the hostel! 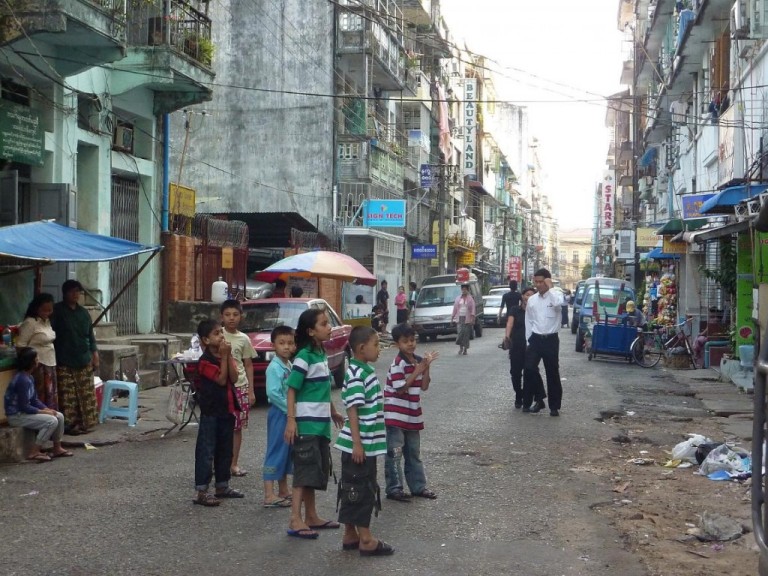 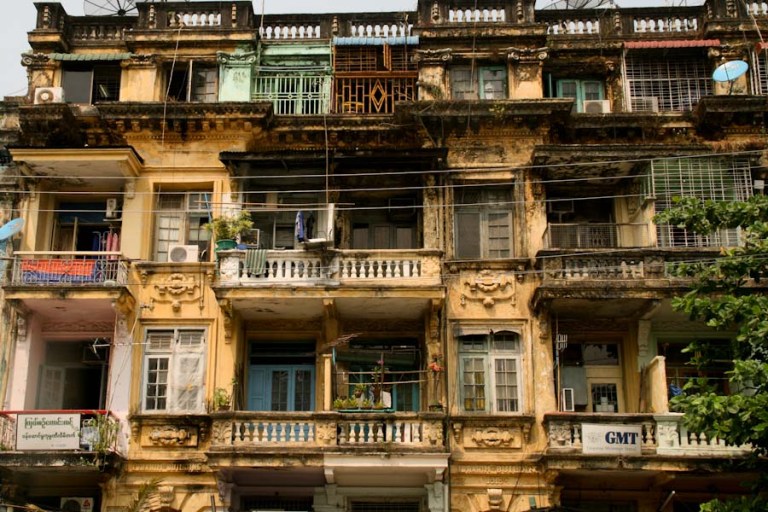 I also wanted to have a little look around Yangon to see how regular Burmese people lived. It was at this stage that I realised that the sleepy city of Nyaung-U (which is the gateway to the world class temples of Bagan) was a whole world away from the way of life here. Traffic is noisy, and all of the drivers that can afford bikes or cars seem to want to race each other along the roads. There’s no such thing as a lazy afternoon drive here in Yangon! 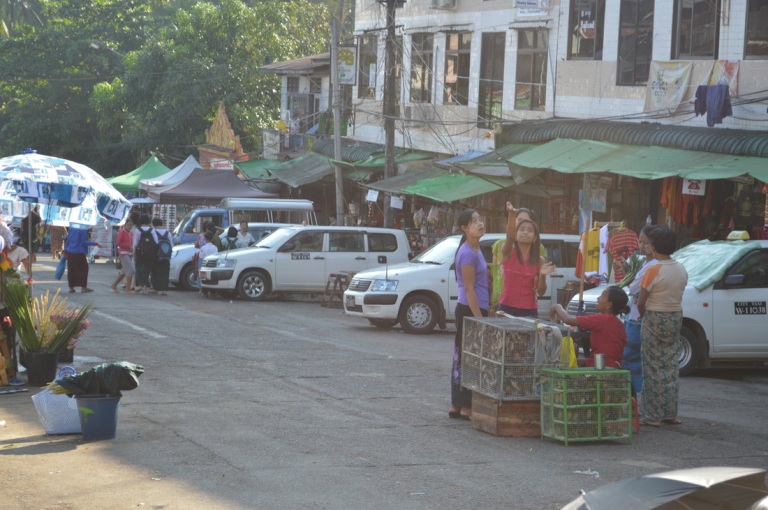 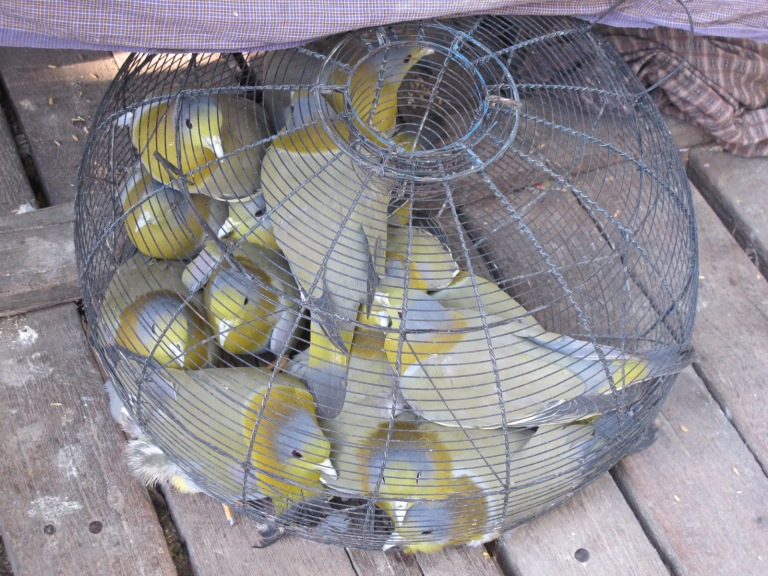 I was lucky enough to see some children playing football on the streets, and I was also fascinated – and saddened – by the crumbling architecture of Yangon’s houses. Most of the hotels in Yangon are of good quality (at least for a short stay), but the Burmese citizens live in relative poverty and their housing conditions are very poor. Market days in Yangon began very quietly in the haze of the morning sun, but they got very busy mid-morning, and there were a large selection of items on sale. I reckon the local Burmese can get all their bargains from these markets! 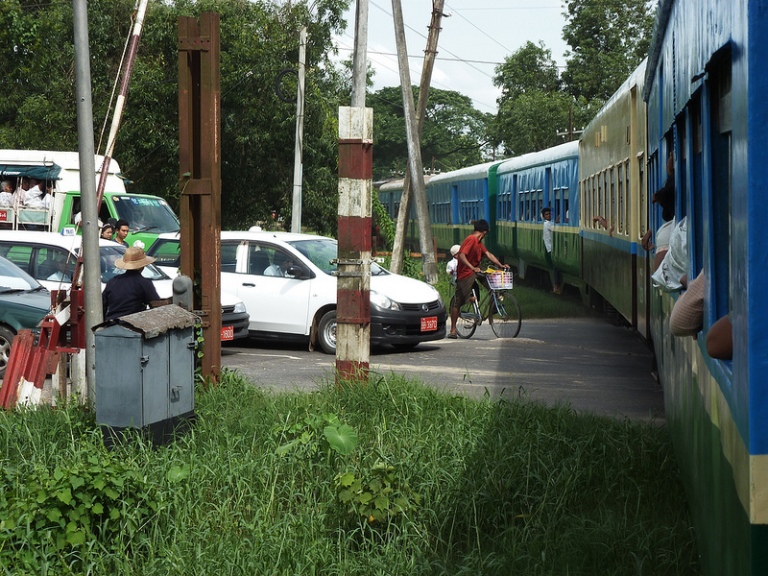 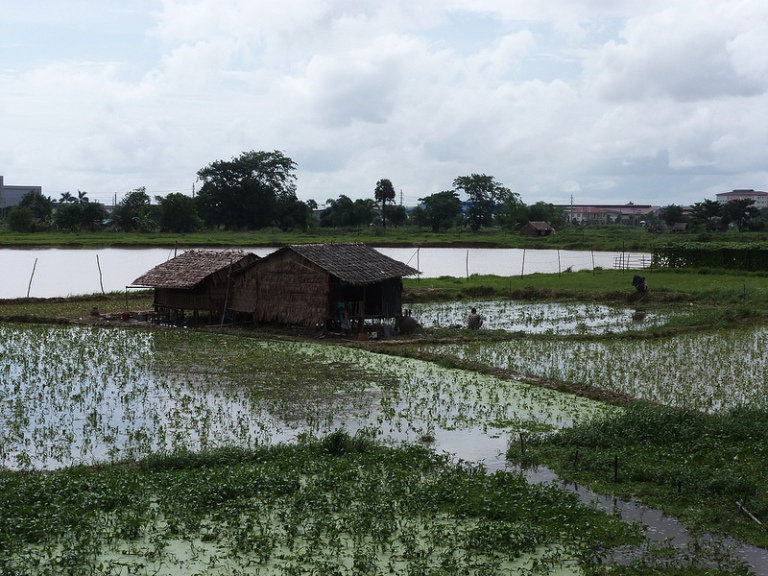 Sometimes it is nice to take a break from the frenetic pace of downtown Yangon and head out to the “countryside”, which I was able to do on the Yangon Circular Train. I didn’t particularly enjoy this ride overall, but it allowed me the chance to see things on the outskirts of the city (the ride takes 1 hour, literally in a circle) that I wouldn’t normally have seen. During my visit, it seemed that there had been heavy rainfall recently which had flooded crops. 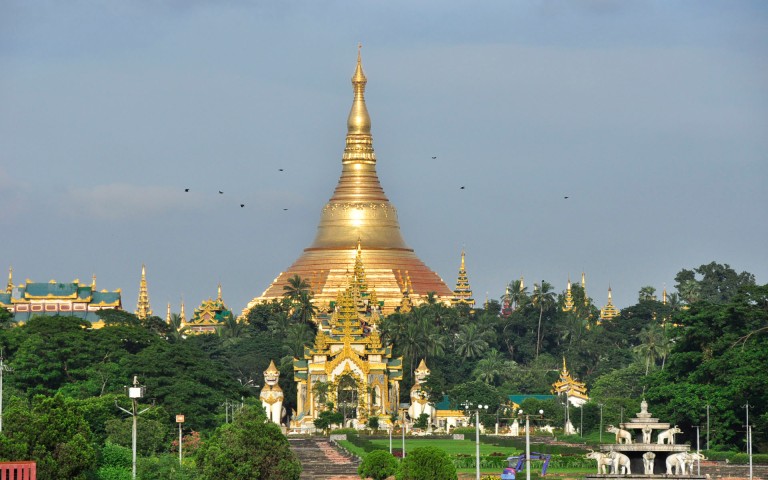 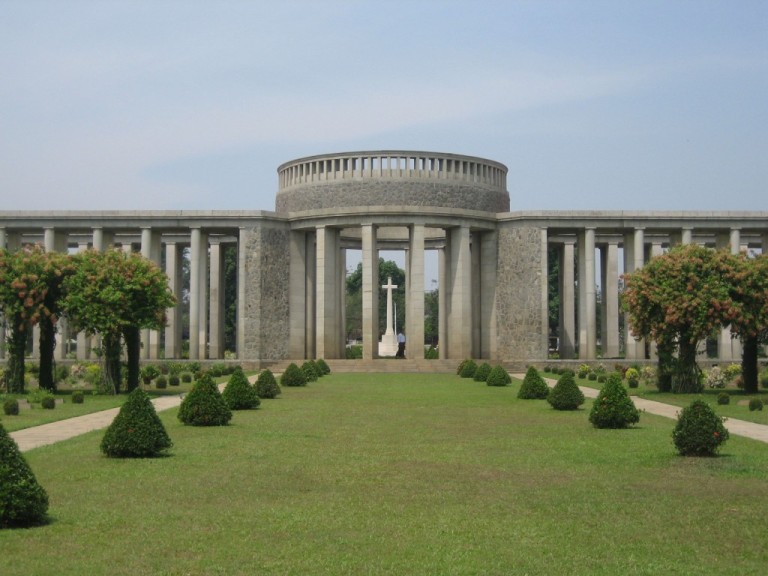 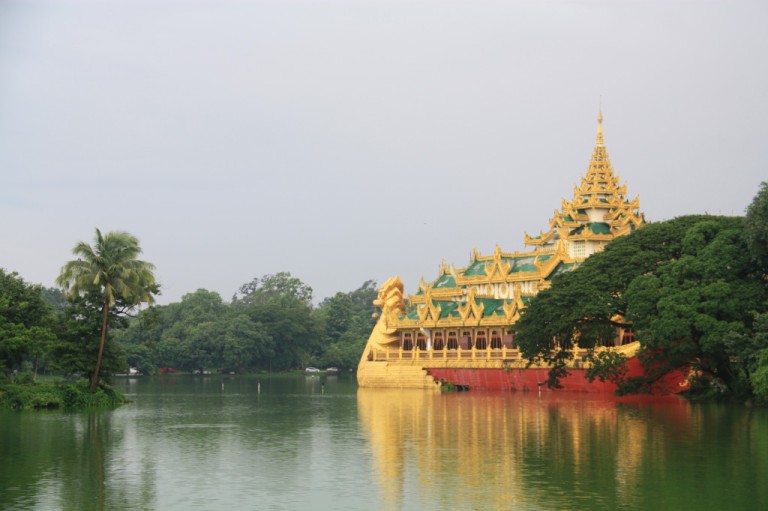 Clearly, for any visitor a trip to Yangon is mainly to see the Shwedagon Pagoda – a golden Buddhist temple that dominates the cityscape. It is especially magnificent at night as the pagoda is lit. I only spent a few nights in Yangon, so I was limited on time, but I made sure the Shwedagon Pagoda was at the top of my itinerary! Aside from the incredible Shwedagon Pagoda, I also visited the Taukkyan War Memorial, which is about a half hour’s drive outside the city. Taukkyan is a memorial to all the British and Commonwealth soldiers that died in Burma during World War 2. It was a humbling experience. Kandawgyi Lake was another highlight. The main reason to come here is probably to see the huge floating palace. I did see many Burmese people around the lake to exercise and perform some Tai Chi, but it seems a popular place for tourists, too. Entry to Kandawgyi Park is free, and it’s a nice, inexpensive way to enjoy the Burmese greenery here in downtown Yangon.

Check out my ranking of the top 10 attractions in Yangon. 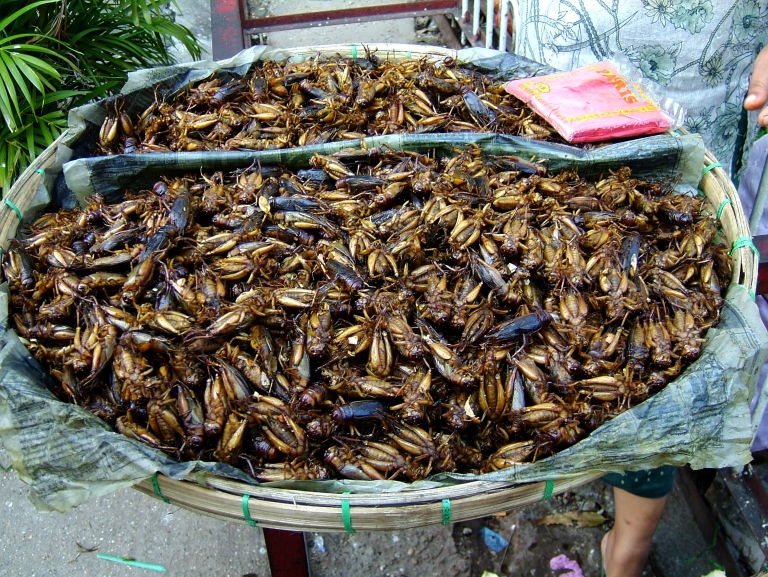 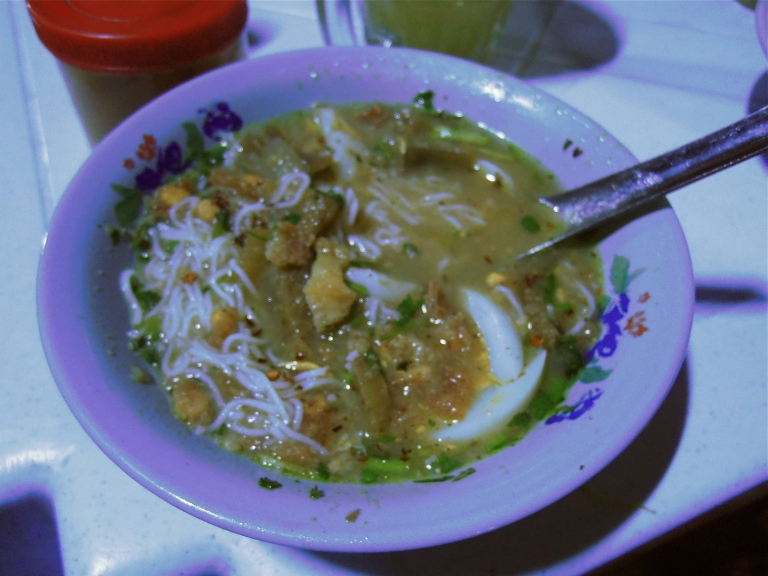 The above picture is a plate full of grasshoppers which are served as local delicacy here in Yangon. I didn’t want to try one, as I still had to catch the train to Bagan, so I didn’t want to fall ill with tummy trouble. Some of the food served up in Yangon is known for its questionable hygiene. The street food vendors here in Yangon are in a hurry to catch your attention, serve your food, and take you money. It left me wondering what the rush was! That said, I discovered a dish called Mohinga during my time in Yangon of which I have very fond memories. 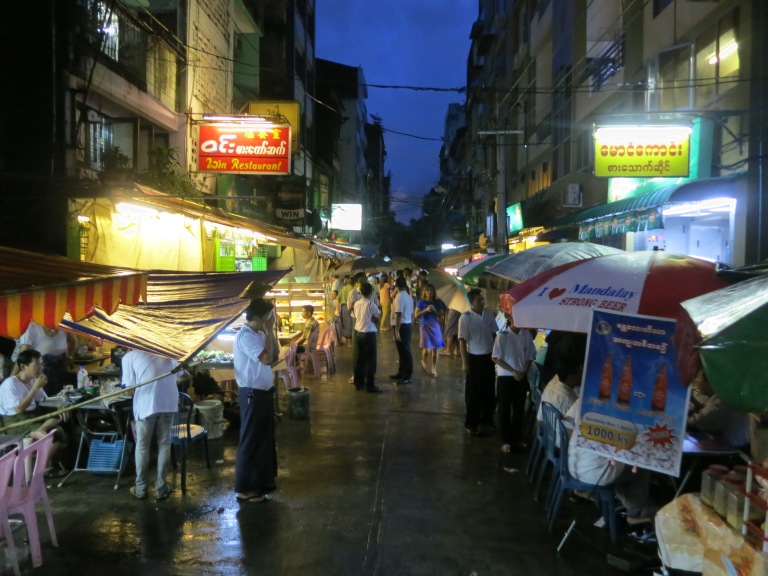 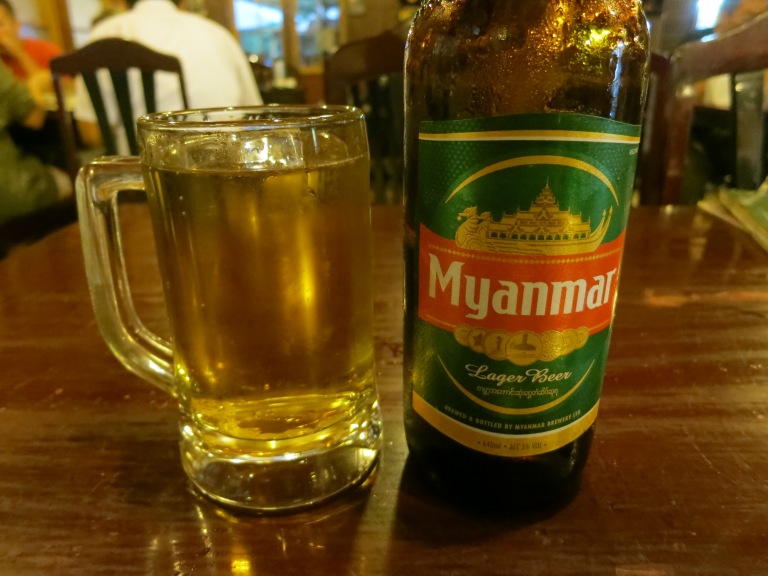 At night, Yangon takes on a different complexion, with music playing in the same side streets that were mostly quiet (apart from gossip and chatter from the locals) during the day, and this all adds to the excitement of being part of this bustling – and still-developing – tropical city. However, despite the relative break-neck speed of it all, during which I met friendly locals, visited the amazing Shwedagon Pagoda, and enjoyed my stay in the city, it was time to catch the overnight bus and see the famous temples in dusty old Bagan.

For additional reading on visiting Yangon and travelling around Myanmar, please consider reading these hand-picked blogs:

1. In The Land of Golden Pagodas

3. A magical country in transformation 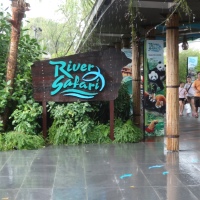