One of my favourite things to do when in the Little Red Dot is to visit the Singapore Zoo. It is claimed to be one of the best zoos in the world and I would have to agree. I have visited on many occasions and find myself enjoying it more and more with each passing visit.

I had heard many great things about the zoo, including about the famous white tiger exhibit. From central Singapore, such as Marina Bay, a taxi ride to Mandai Lake Road where the zoo is situated, will take around 30 minutes and will usually set you back around S$20 each way. This may seem expensive, but Singapore Zoo is not easily accessible by public transport of any kind, and certainly not by the MRT, as there is no station anywhere near the zoo.

As you leave the taxi rank and once you have purchased your tickets, you will be greeted through the turnstile by an eager member of staff and thereafter the entire zoo – and the accompanying River Safari – is at your mercy. The first main exhibit is the Treetops Trail where you will encounter False Gavials (Malaysian Crocodiles) and the Siamangs (primates). This beautifully-themed exhibit portrays what it is like to be experiencing a ‘rainforest zoo’. 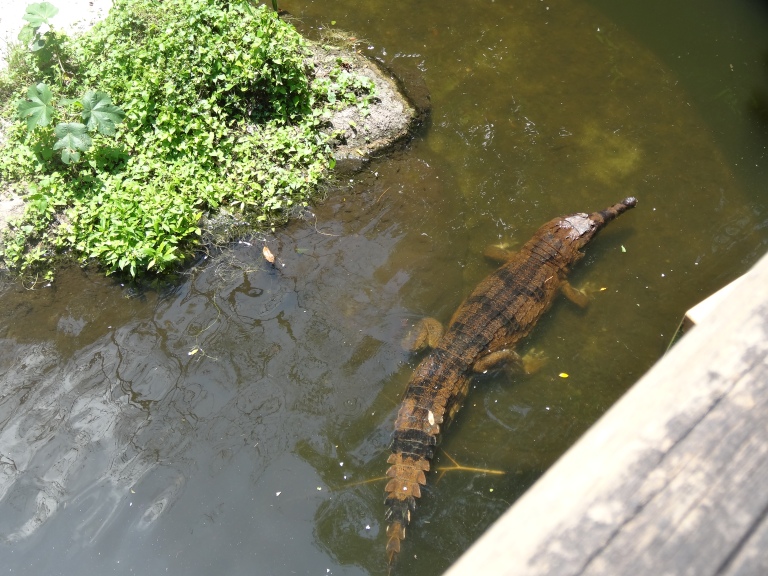 The white tigers are undoubtedly the highlight of Singapore Zoo for me, and if you are lucky enough to see them being fed at various intervals throughout the day, then you will surely agree with me. The white tiger enclosure is the next exhibit you will encounter as you make your way around the zoo, situated just behind the Treetops Trail in a zone aptly named Tiger Trek. Interestingly, this zone is sponsored by Tiger Beer, Singapore’s national lager!

I often think to myself when watching the tigers that they look a little bored, as all they seem to do is pace up and down their exhibit staring at the on-looking tourists. However, rest assured, the tigers, like all animals at Singapore Zoo, are well looked after. The tiger exhibit has thick dense jungle foliage hanging overhead, and the guests are separated from the exhibit by a moat, in which the tigers often like to swim to cool themselves from the debilitating tropical humidity for which Singapore is known.

There are pygmy hippos and tapirs in this area as well, but the white tigers are obviously the main draw. Encircling the white tiger exhibit are three other world class exhibits, and depending on your direction around the zoo, you may encounter any of them after the tigers. These next three exhibits are as follows:

The Great Rift Valley of Ethiopia is a tremendously well-themed exhibit featuring primarily Hamadryas Baboons. There is a picturesque waterfall in the enclosure and the baboons go about their daily business with the cacophony of the water crashing down onto the rocks. There are great photo opportunities here, as often the Baboons will fight each other over territorial supremacy, as is typical with their behaviour in the wild.

Frozen Tundra is a new exhibit for 2013 featuring polar bears. When I was last at the zoo earlier this year, this exhibit was still under construction. The star of the exhibit is Inuka, the world’s first polar bear born in the tropics! Singapore Zoo is rightly very proud of this achievement, and Inuka’s home at the zoo is lavishly decorated with ice blocks and a waterfall, and even a cave where she can take respite from the sun. There is also an underwater viewing tunnel which the kids in particular love to get up close and personal with an animal they don’t normally see in this part of the world! 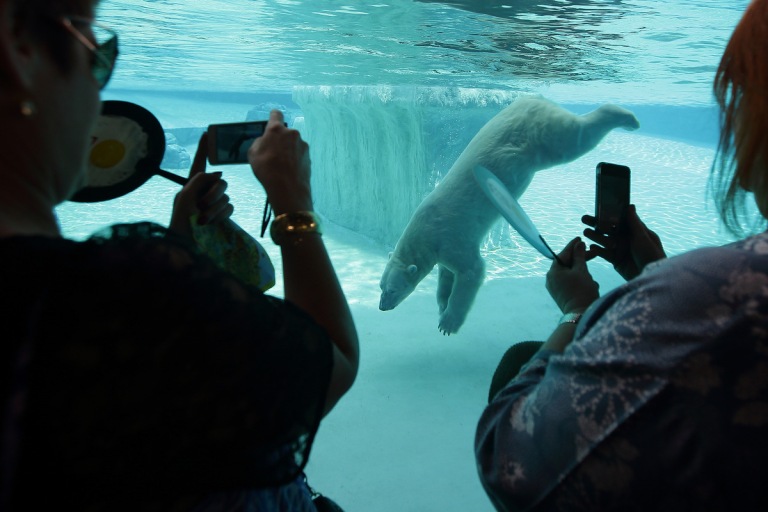 The Free-Ranging Orang-utans Exhibit is probably my second favourite part of the whole zoo. There are both Bornean and Sumatran orang-utans in this exhibit, including babies which climb in the trees above you as you walk around this part of the zoo. There are also rangers on hand to answer any questions you may have, and also to make sure the baby orang-utans don’t hurt themselves by falling out of the trees, as I am told the fall would kill them. Luckily, they are great climbers and have an amazing grip!

You soon realise you need a whole day at Singapore Zoo due to the amazing array of attractions. Elephants of Asia, Australian Outback, Cat Country, Fragile Forest, Wild Africa, and the Primate Kingdom are just some of the other exhibits, and make sure you also check out standalone attractions such as the chimps and one of my personal favourites the Komodo Dragon! I have been fortunate enough to see them in the wild in Indonesia, but there is always something magical about them, especially during feeding time later on in the day.

There are shows scattered around the zoo, too, including the awesome The Rainforest Fights Back, which is as educational as it is entertaining. The adults will love it as much as the kids, and there is plenty of room to stand at the back of the auditorium if you don’t want to get wet at the front or perhaps ‘selected’ to come face-to-face with one of the harmless animals on display!

No visit to Singapore Zoo would be complete without visiting the on-site River Safari or Night Safari, both of which require an additional ticket, and both of which I will go into more detail in another blog at a later date. It is possible to do all three attractions in the same day, but you had better allow for an extra day if you want to see everything that Singapore Zoo has to offer!

In September 2014, Prime Minister Lee declared that a new “bigger and better” version of Singapore Zoo is being planned and could be ready for its first admission as early as 2020.

For a HD guided tour of the incredible Singapore Zoo, please check out my YouTube video below: